There Were Some Hilarious Radio Messages During The Italian GP – WTF1
Skip to content
×
Formula 1 , Fun

There Were Some Hilarious Radio Messages During The Italian GP

Monza not only produced a fun and frantic Formula 1 race, but there were also some absolutely epic team radio moments during the race. Some absolute comedy gold!

It really has been a brilliant year for hilarious team radio conversations, from Mad Max to cheeky Dany Ric and angry Fernando Alonso. That’s continued at the Italian GP!

At the start of the race, Romain Grosjean had a rather interesting way of describing his damaged front wing…

A weird way of phrasing that one.

Alongside his epic overtake on Kimi Raikkonen, one of the best moments from the entire race was one team radio message from Daniel Ricciardo, which really sums up why he’s such a popular driver.

The Aussie was closing on Felipe Massa and was told by his race engineer that the Williams was on its own, leading Ricciardo to respond saying:

It’s peak Ricciardo, to be honest. The Red Bull driver is the only one who’d say such a thing over team radio during the race.

Later on, Alonso was involved in an intense scrap with Jolyon Palmer and when the Renault cut the chicane, the McLaren racer wasn’t impressed at all.

Even when Palmer got a five-second penalty, Alonso was still pretty fuming over team radio. But, when Palmer retired from the race, his mood changed a bit.

He was unaware Palmer had retired and asked where the British driver was on track. When he found out, he had one thing to say:

Sadly, Alonso failed to finish the race after retiring in the closing stages, so it didn’t exactly work out for him either.

At one stage during the race, Nico Hulkenberg was so keen to use his team radio, he left it on by accident. But he had no clue what Renault was on about when they asked him, but it made for an amusing little snippet of conversation.

In the closing laps, Verstappen was told where Ricciardo (who was on faster, fresher tyres) was lapping faster. He wasn’t impressed, replying:

“Yeah, what do you expect?”

Sassy from Verstappen, there. It rounded up what was a pretty funny race in terms of team radio! 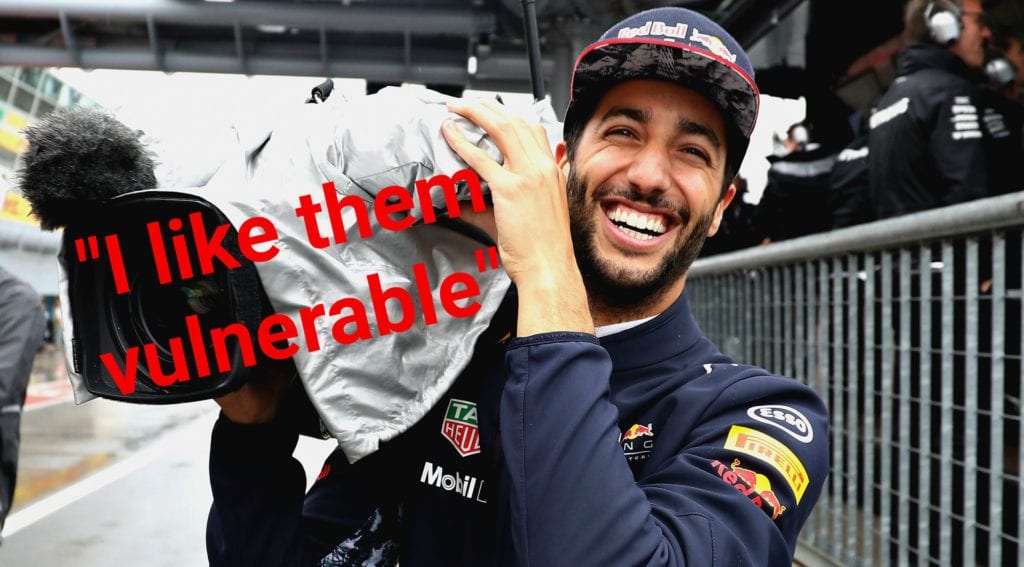