Every racing series wants to be overflowing with entries, and the Renault Clio Cup Europe bosses must’ve been so happy to have as many as 38 cars all taking part in the championship. Nearly double the F1 grid!

However, this busy grid gave them a somewhat awkward problem on Saturday when they lined up for their first race. The event was happening at the Magny-Cours circuit in France. However, the starting grid there doesn’t actually contain 38 grid spots…

You know what’s coming, don’t you?

Yep, there weren’t enough grid spots on the track for the number of cars in the race. I mean, c’mon guys!

I want to say, “you had one job”, but is this even someone’s job? Is there a grid inspector who goes to every race to double-check the number of grid spots? Probably not because this is an easy thing, right?

Renault Clio Cup: “Bonjour Magny-Cours. We would like to have our first race at your track!”

MC: “Not a problem, we’ll paint some more grid spots.”

What is most miraculous is that it took them ten minutes before the race to actually figure this out. They had the whole weekend, practice sessions, support races and qualifying and no one thought to check whether there would be enough grid spots.

They managed enough garages. So they knew there’d be enough cars. It’s just one of those things you assume will be fine, isn’t it?

It meant that the cars had no idea where they were going at the back of the grid. They just winged it and seemed to slot into the right sort of position, and that was all they could do.

They did get the race underway and from a standing start too. When the leaders were entering the first corner, there were still cars getting onto the main straight at the back because they had to start in the middle of the chicane.

It was quite the sight.

It was a good race, too, in the end. Nicolas Milan won from David Pouget by only two-tenths of a second, with the two of them having a mega scrap all the way. 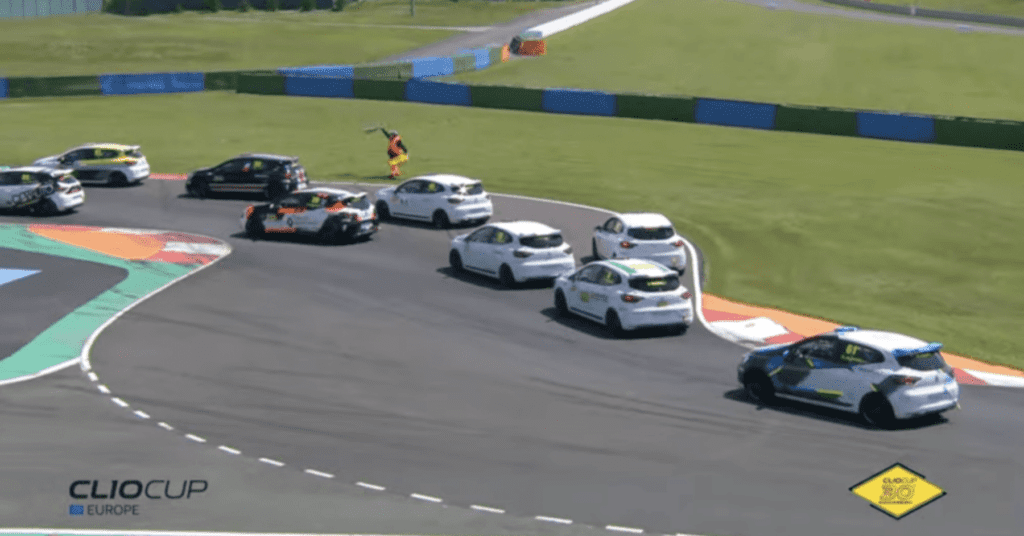