There’ll Be A Team Called Alpha As Well As Alfa In F1 Next Season – WTF1
Skip to content
×
Formula 1 , News

Coming up with a team name can be a difficult task. While Toro Rosso seemed a little odd at first, being a literal Italian translation of parent team Red Bull, it ended up as a great showcase of sprezzatura in Formula 1. This “studied carelessness”, or the act of making a difficult task seem easy, during the naming process brought a charming new handle in the wake of Minardi’s demise. They cared enough not to name it “Squadra Toro Rosso” though, using the Scuderia prefix instead.

But September brought news of a potential name change for the Faenza team, with Red Bull wishing to bring recognition to its astrology-inspired clothing brand Alpha Tauri. A successful e-vote – monitored by the F1 Commission, a body that reviews Strategy Group proposals – took place after the Russian Grand Prix and F1 also gave the thumbs up for the renaming to take place for the 2020 season.

It follows Sauber’s move to Alfa Romeo Racing as big F1 name news in ‘19, and could even bring about a new livery. The awesome hand-painted liveries became a thing of the past years ago, and the metallic blue/silver scheme that was introduced in ‘17 may follow.

Alpha Tauri’s website is white-based with very dark grey trim; and with some red in there for Honda, a fresh and good-looking car could emerge from it all. One of its mission statements says it’s “passionate about challenging the status quo” – so a repeat of Sebastian Vettel’s maiden win at Monza in 2008 will surely be high on the list of priorities.

What do you make of the name change and, more importantly, what do we say with Alfa and Alpha on the grid? Crofty is sweating profusely as we speak. Kimi, not so much. 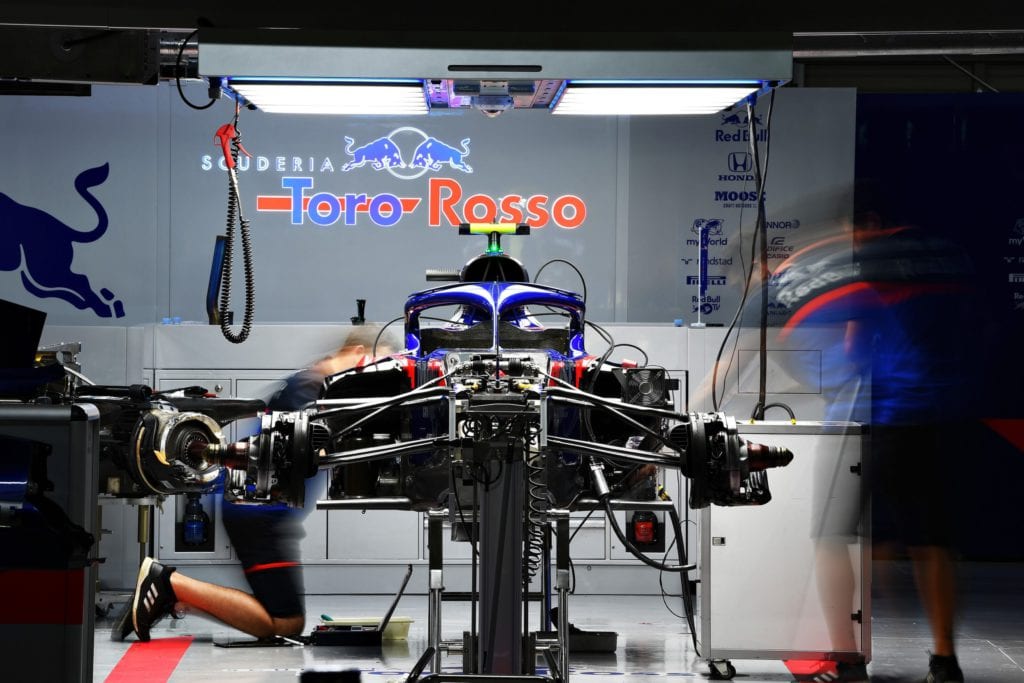