Vietnam has been on the fringe of hosting a race for a while and now it’s finally been announced. In April 2020, capital city Hanoi will host the country’s first race on a 5.5km street circuit, albeit one with some purpose-built sections.

As far as the layout goes, well, it actually looks quite interesting. There appear to be quite a few fast corners, and a couple of long ones which could be real tyre-killers. The dominant feature, though, is that utterly enormous straight. The Baku influence is strong!

It’s the first all-new race to be added to the calendar since Liberty Media took over the sport in 2017, with Chase Carey saying:

“We are delighted to announce that Hanoi will host a Formula 1 Grand Prix. Since we became involved in this sport in 2017, we have talked about developing new destination cities to broaden the appeal of Formula 1 and the Vietnamese Grand Prix is a realisation of that ambition. We are thrilled to be here in Hanoi, one of the most exciting cities in the world right now with such a rich history and an incredible future ahead of it. This is the perfect formula for Grand Prix racing and I look forward to this becoming a real highlight of the F1 calendar.”

Race organisers have signed a multi-year deal, which means it should be sticking around for a while. What do you reckon to the layout? Let us know in the comments. 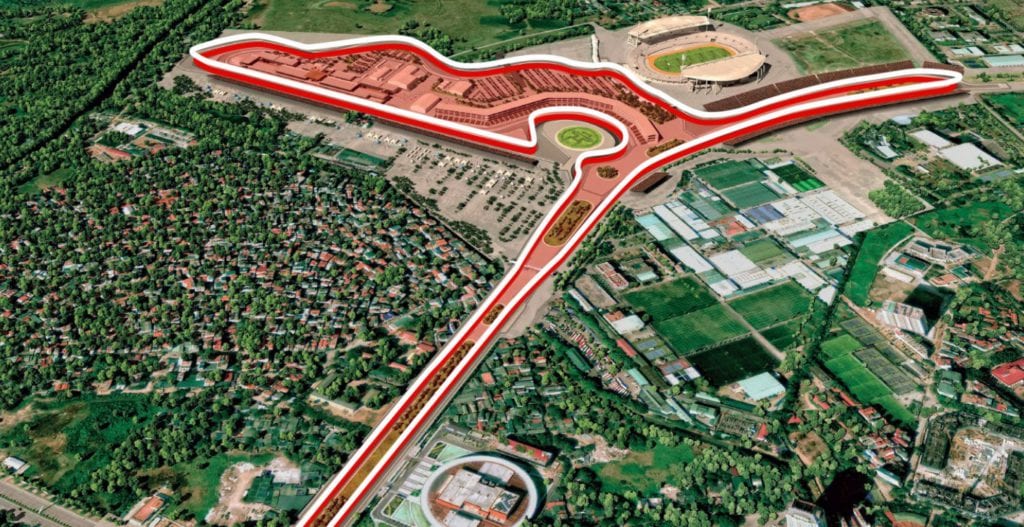