These Are All The F1 Team Changes In The Last Decade – WTF1
Skip to content
×
Feature , Formula 1
3 comments

With so many name changes going on in F1 at the moment, we took a trip down memory lane at all the sales, rebrands and team collapses over the past decade or so.

Since Mercedes entered the F1 scene again in 2010, they have gone from strength to strength and earnt themselves a record-breaking seven consecutive constructors’ titles. However, the Brackley-based team haven’t always been on the grid and only re-entered the sport just over a decade ago.

Brawn GP, founded in 2009 after a management buyout of the existing Honda Racing F1 Team, won both the constructors’ and drivers’ championships that year before handing over the keys to Mercedes for the 2010 season.

The team already raced with Mercedes engines, but at the end of the 2009 season, it was announced that Daimler AG and Aabar Investments had purchased a majority stake in Brawn GP.

Ross Brawn remained as team principal with Mercedes, selling his shares of the team at the start of 2011 and announced his retirement from F1 in February 2014.

This team has had more name changes than I’ve had hot dinners. Although they will be known as Aston Martin this year, with a fresh driver pairing of Sebastian Vettel and Lance Stroll, this team has not always been known as Racing Point.

What originally started as Jordan Grand Prix in the early ’90s changed to Midland F1 Racing before undergoing another buyout and becoming Spyker F1 for the 2007 season.

In 2008, businessmen Vijay Mallya and Michiel Mol bought the Spyker team and the Force India Formula One Team was born. The team ran with this name until 2011 when an Indian company titled Sahara India Pariwar bought 42.5% of Force India’s shares.

The Sahara Force India Formula One Team had some great successes, but whispers soon started in the paddock about their financial troubles. This reached a new level when the team was put into administration during the 2018 Hungarian Grand Prix weekend.

It was suggested that because of their situation, Sahara Force India would not compete in the following Belgian Grand Prix. Fortunately, the team’s assets were bought by a consortium led by businessman Lawrence Stroll named Racing Point UK Limited.

This new company created a new F1 constructor and entered the rest of the 2018 season as Racing Point Force India. They dropped the ‘Force India’ name from the team and were known as Racing Point until the 2021 season when it was rebranded as Aston Martin.

Ah, another team who loves a name change. Alpine, as it will be known from 2021, has undoubtedly changed hands and names a lot over the last few years.

It all started when Renault purchase the Benetton team to return to F1 racing for the 2002 season. The team triumphed in their comeback, aiding Fernando Alonso to two world titles in 2005 and 2006.

However, during 2009 many began to question the team’s motives and accused them of rigging race results. The most known incident was termed ‘crashgate’. It was alleged that their ex-driver Nelson Piquet Jr had been told to deliberately crash his car to help his teammate Alonso win the 2008 Singapore Grand Prix.

The FIA World Motor Sport Council handed Renault a disqualification from F1 which was suspended for two years; this essentially meant that Renault was to stay away from any funny business or be instantly banned from F1.

They also gave then-team principal Flavio Briatore a ban from FIA events for life, while engineer Pat Symonds received a five-year ban. The prohibitions on the two men were overturned by a French court a year later.

For 2011, Renault scaled back their involvement in the sport and became an engine supplier instead. Lotus Cars bought a 25% stake in the F1 team for the 2011 season, and the team was rebranded to Lotus Renault GP. From 2012 until 2015, the team was renamed again to Lotus F1 Team before Renault decided they missed the sport and wanted to return.

Renault F1 Team came back to F1 for 2016 and stayed in the sport until 2020. They announced another rebrand to Alpine, one of the Groupe Renault brands, and committed their involvement to the sport until 2025 by signing the Concorde Agreement.

Thankfully, the other name changes aren’t so complicated. AlphaTauri was formerly known as Scuderia Toro Rosso, and before that Minardi.

Often referred to as the ‘junior’ team for Red Bull, the name Toro Rosso was previously used as it translated to Red Bull in Italian. The team went through a rebranding process for the 2020 season and changed their name to Scuderia AlphaTauri.

The change of name was done to promote the fashion brand AlphaTauri, which is owned by Red Bull. Nothing too exciting, I’m afraid.

Having previously competed in F1, Alfa Romeo returned to the sport in 2015 when their logo appeared on the two Ferraris. Two years later, the team announced they would become a title sponsor of another Ferrari-powered team: Sauber.

The team was known as Alfa Romeo Sauber during their first year as a title sponsor in 2018, but renamed Alfa Romeo Racing from 2019 onwards. The Sauber name had been on the grid since 1993 until this name change.

The collapse of Manor Racing, Caterham and HRT

Unfortunately, as well as name changes or being bought out, some F1 teams didn’t make it through the decade.

Fresh from sponsoring the Brawn GP, Richard Branson still wanted involvement in the sport and launched Virgin Racing in 2010.

The team was under the management of Manor Motorsport, but unfortunately saw very little success. The following year Marussia Motors bought a stake in the team and became the title sponsors for the 2011 season.

The team was fully rebranded to Marussia F1 Team from 2012 until 2014 and raced under a Russian licence. One of the most notable moments from the newly-rebranded team was the unbelievable result at the 2014 Monaco Grand Prix from their driver Jules Bianchi. He finished ninth and gave Marussia their first and only championship points – the first for a Russian licensed constructor in F1.

Under tragic circumstances, Bianchi was involved in a severe crash at the 2014 Japanese Grand Prix and meant the team raced with a single car at the following Russian Grand Prix. Weeks later the team was revealed to be plagued with financial issues and missed the United States Grand Prix that year too. The team then filed a notice intending to go into administration.

In November, it was confirmed that the team had ceased trading and leaving former competitors McLaren and Ferrari out of pocket.

However, in early 2015, Marussia cancelled the auction of their assets. It was revealed there had been an interest in a potential buyout.

In February, it was confirmed that a company voluntary arrangement, and new investment, had been secured and the team was to exit administration and return to the F1 grid.

The team was known as the Manor Marussia F1 Team for the 2015 and competed under Manor Racing for 2016. At the start of 2017, Manor’s parent company was placed into administration, and the team never returned to F1.

Yes, another Lotus-named team on the grid!

Lotus Racing competed in F1 during 2010 before changing their name to Team Lotus for 2011.

For 2012, the team was once again renamed but this time to Caterham F1 Team. Tony Fernandes, who had previously had a prominent role with the team when it was Lotus, had purchased the British sportscar manufacturer Caterham and had the team race under the iconic name from 2012. The team lasted three seasons until its demise at the end of 2014.

During the summer of 2014, Fernandes and his fellow partners shared the news that they had sold the team to investors from the Middle East and Switzerland. It turns out this announcement was the beginning of the end for the F1 team.

Caterham missed both the United States and Brazilian Grand Prix that year due to a significant financial crisis and disagreements between the old and new owners. Things then went from bad to worse when ‘Caterham Sports Ltd’ was put into administration with lots of debts to pay.

With Abu Dhabi being the final race of the season, and having missed the two last races, Caterham confirmed they would be returning for the last race of 2014. Finbarr O’Connell, the administrator for the struggling team, became the provisional team principal and set up a rather unusual way of getting back some of the money needed.

Through a crowdfunding campaign, O’Connell made over £1million in 48 hours from F1 fans worldwide. Supporters had the option to buy special badges and earplugs from the team, and the possibility of having your name on the car at the final race. The team competed at the Abu Dhabi Grand Prix for one last hoorah, with the team officially folding in 2015.

Originally known as Campos Meta, this team was a total disaster from inception. With huge financial problems before they had even started their first race, the shareholders quickly replaced the former boss Adrian Campos. The majority shareholder Jose Ramon Carabante renamed the team to Hispania Racing F1 Team, with the name change taking inspiration from one of Carabante’s other businesses.

The team didn’t take part in any pre-season testing and completed its first laps during the 2010 Bahrain Grand Prix’s practice sessions. Unfortunately, the car was very slow and often found itself and the drivers at the back of the pack during all of their three seasons.

At the end of the 2012 season, HRT announced that they were putting the team up for sale. They needed a buyer by the end of November, but nobody ever materialised and were later reported to be in liquidation. 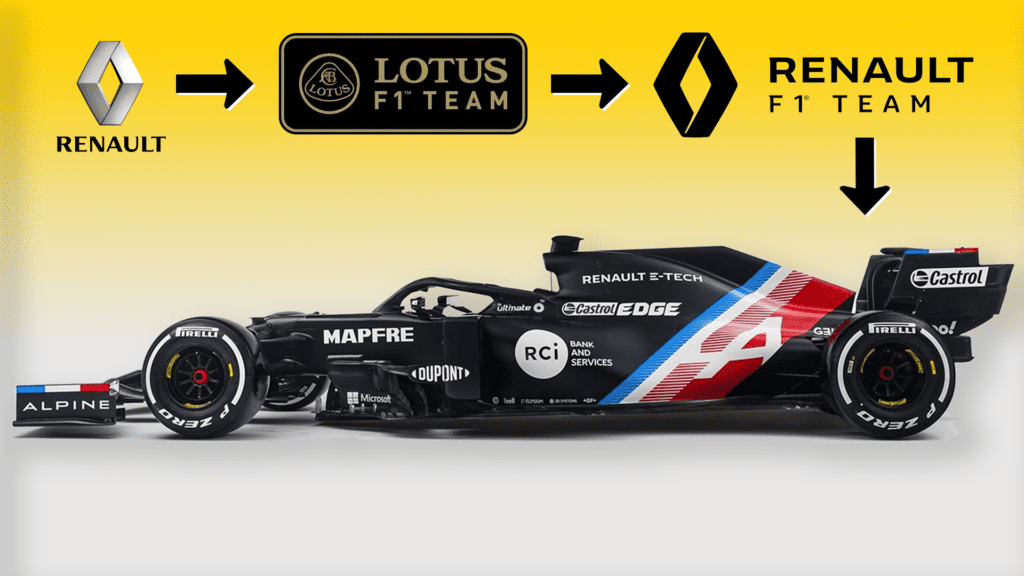