These Are The 5 Biggest Talking Points After F1 Testing – WTF1
Skip to content
×
Formula 1 , News

These Are The 5 Biggest Talking Points After F1 Testing

It’s been an eventful three days in the Bahrain desert for F1 pre-season testing. With Mercedes and Aston Martin facing big problems, and the Honda-powered cars looking very strong, there are plenty of topics to take away from the test.

SHOULD WE BE CONCERNED ABOUT MERCEDES?

One of the biggest surprises from testing was Mercedes’ performance, but not in the way you might expect. Coming into 2021, everyone naturally expects Mercedes to dominate again.

Now, although this is only pre-season testing, the W12 looks like a challenging beast to tame. One of the biggest shocks from the test came in the final hour of Sunday’s running when Lewis Hamilton spun whilst trying to start a hot lap.

Hamilton spins while trying to start a hot lap! That Mercedes looks a handful #F1Testing pic.twitter.com/jdo8qU8ECp

From onboards, you can see the Mercedes is a struggle to drive, with constant corrections being made whilst on a lap. There were further issues with gearboxes issues plagued the team on the first day of testing, only setting 48 laps – the worst of any team that day.

Hamilton also brought out the Red Flags on Saturday, beaching his car in the gravel. However, his teammate Valtteri Bottas set the quickest time of the day hours later.

We know sandbagging is common, but this handling of the Mercedes looks uncharacteristically bad for the current constructors’ champions.

Queue the ‘is his career over?’ Nico Rosberg memes.

Daniel Ricciardo might have set tongues wagging when he managed to top the timesheets on both Friday and Saturday’s morning runs. Still, we must keep reminding ourselves this is only testing.

However, it’s promising for McLaren, who have opted to change engine supplier from Renault to Mercedes this year. We’ve seen before just how bad it can be when McLaren makes a move to other Power Unit supplier *McLaren Honda flashbacks*, but this new partnership seems to be off to a strong start.

There’s also plenty of chatter about McLaren’s clever way of getting around the diffuser restrictions on their new car.

We can’t wait to get to the first race and see how the cars all rank alongside each other under actual race circumstances. BRING IT ON.

Both Honda-powered teams, Red Bull and AlphaTauri, seemed to be off to a great start if their pre-season testing is anything to go by.

Despite the odd moment when Sergio Perez’s engine cover just obliterated into a million pieces down the start/finish straight on Saturday, the Red Bull team seemed to have a fairly consistent and speedy three days of testing.

Over at ‘sister team’ AlphaTauri, Yuki Tsunoda was a man on a mission and set some blistering lap times on Sunday afternoon that made everyone sit up and take notice. The young Japanese driver is new to the sport for 2021 and looks impressively quick, which we all knew was possible after seeing him in F2 last season.

It might be Honda’s final season in F1, but their current setup looks super competitive and fast. We could see them as a big challenger this season, especially with such a strong driver lineup and Mercedes possibly facing some problems.

That's 4280.9km for Honda power over a combined 791 laps at the Bahrain circuit 🔄🇧🇭#F1Testing #PoweredByHonda pic.twitter.com/no9qfqLNGf

Pierre Gasly also had a super consistent weekend and helped the team, alongside Yuki, complete 422 laps over three-day tests; joint-top for most laps alongside Alfa Romeo. Gasly himself set the most laps out of everyone over the three days, racking up a super 237 laps.

ASTON MARTIN HAS A CHALLENGING START

Most racing fans want nothing more than for Aston Martin to be competitive this season. With Sebastian Vettel fleeing the poisoned chalice of Ferrari, we’re all rooting for the team to join F1 and be competitive from the start.

Unfortunately, that dream is currently on hold.

Not what we were hoping for but Seb is still remaining positive. 🤜🤛

'There's more to come, so stay with us.' 😉#SV5 #F1Testing pic.twitter.com/bid6XFSSOX

Sebastian Vettel was struck with several issues during his allocated time in the car, only completing a shocking 117 laps. Saturday’s run saw Seb stuck in the garage with gearbox issues, and then the dreaded black screens came out again on Sunday afternoon and meant that his session was over after just 57 laps.

Lance Stroll had a more reliable weekend, finishing the end of Saturday’s running in P3 and managed to complete a decent amount of laps.

WHO DID THE MOST LAPS?

Over the three-day test, the mid-field drivers and teams seemed to shine, whilst big names like Mercedes and Aston Martin struggled.

What was your standout moment from F1 Testing? Let us know in the comments below. 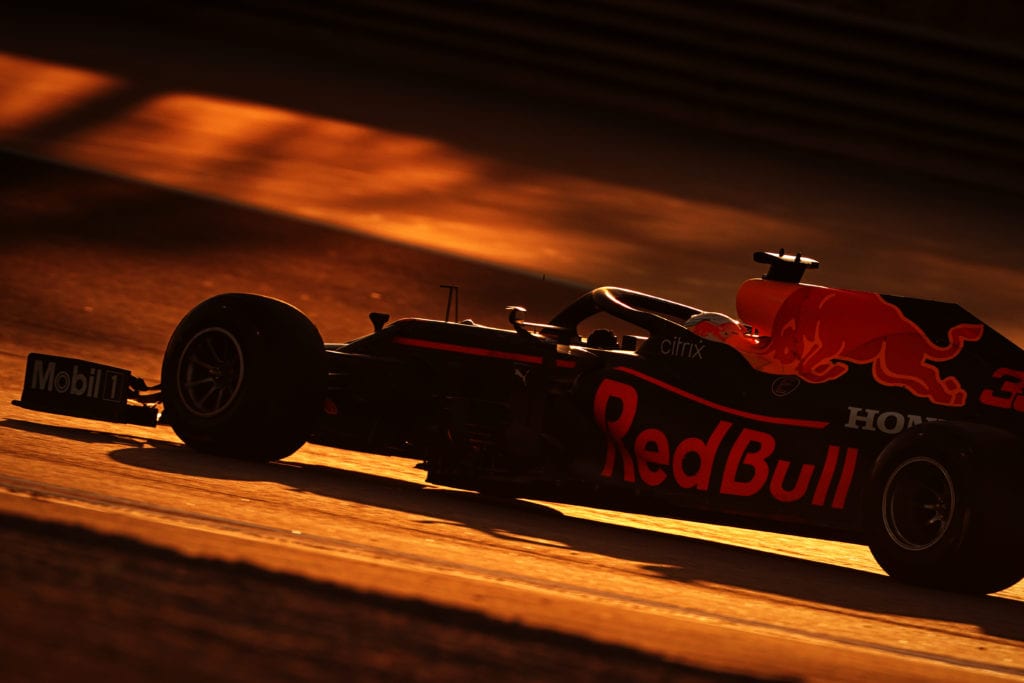