These Are The F1 Drivers Who Have Competed In DTM – WTF1
Skip to content
×
Feature , Formula 1 , Touring Cars
1 comment

With the surprising news that Alexander Albon would be competing in DTM this year, we took a look back at the drivers that headed to the German touring car championship after their stint in F1 and those that even started their careers there.

Albon, who will race in the championship alongside his test, reserve and development role at Red Bull Racing, is certainly not the first driver to head to DTM after time in F1. In fact, it’s quite a popular option for many.

13-time Grand Prix winner Coulthard made the switch to DTM in 2010. After retiring from F1 at the end of the 2008 season, he remained a part of the Red Bull Racing family as their test driver before trying his luck at the Deutsche Tourenwagen Masters.

His DTM campaign wasn’t quite as successful as his 15-season F1 career, in which he managed to obtain 62 podiums and 13 wins. Instead, over three seasons, Coulthard had a best finish of fifth at the Norisring and finished 16th in the drivers’ standings twice and 15th in his final season.

Fellow Scottish compatriot, Allan McNish, raced in DTM with Abt Sportsline in 2005. He finished his single-year in the touring car championship in 10th with 13 championship points and a best finish of fourth at Norisring.

McNish probably didn’t mind too much, as he ventured into endurance racing and would retire from motorsport being a three-time Le Mans winner and a 2013 FIA World Endurance Champion.

After his very varied F1 career, racing for several teams during his 13-seasons in the championship, Alesi moved to DTM in 2002. Although only scoring a single win his time in F1, DTM was much kinder to Alesi where he won five races in the German touring car championship.

Racing for HWA, he achieved two wins and another two podium places during his maiden season. Alesi would remain in DTM for another four years until the end of 2016.

Frentzen is another driver who had a long stint in F1. He finished runner-up to his Williams teammate Jacques Villeneuve in the 1997 drivers’ championship and overall raced in F1 for ten seasons between 1994 and 2003.

For Frentzen, his DTM career is an unusual one. Initially intending to compete in the double-header finale of the 1993 DTM season at the Hockenheimring, Frentzen did not start either race.

He returned to DTM though, ready to settle some unfinished business and competed between 2004 and 2006. Although managing to secure four podiums, his best result in the drivers’ standings was seventh during his final season.

Competing in F1 for over a decade, Schumacher managed to win six Grand Prix and found himself on the podium a total of 27 times. Although the younger brother of seven-time world champion Michael Schumacher, Ralf still earnt his spot on the grid.

Schumacher remained a part of the championship for a total of five seasons until the end of 2012. He managed a second and third-place finish at the start of the 2011 season and secured a pole position during 2010.

Probably the most known name in our list is two-time F1 world champion Mika Hakkinen. After a very successful F1 career, with 20 wins and 51 podium finishes, he departed the sport at the end of the 2001 season.

Although Hakkinen kept flirting with the idea of returning to F1 with a team like Williams, BAR and McLaren, he decided that his reaction times were too slow and his eyesight was getting worse to compete in the pinnacle of motorsport. “That’s life,” he is quoted as saying.

However, an opportunity to compete in DTM came around which Hakkinen gladly accepted. He partnered with Alesi, Gary Paffett and Bernd Schneider at the HWA team and managed to secure a victory in just his third race.

During his time in DTM, he took eight podiums and three wins with his best finish in the drivers’ standings being fifth in his debut year.

After proving himself to be a promising new talent in F1, Kubica had his racing career cut dramatically short when he was involved in a serious accident during a rally crash in 2011. With significant injuries to his right-hand, many feared Kubica would never be able to race again.

Fortunately, after months of continuous surgeries and rehabilitation, he returned to rallying and eventually back to F1 in 2019. His F1 comeback was not as triumphant as Kubica hoped, and Nicholas Latifi replaced him at Williams for 2020.

He remained in F1 as a reserve driver with Alfa Romeo for 2020 and balanced that role with DTM; an almost identical situation that Albon will be in this year.

Kubica’s best DTM result was a third-place finish at Zolder.

In a change of order to the rest of this list, Wehrlein started his career in DTM before entering F1. His DTM career is one of the most successful from this list, with Pascal earning himself a drivers’ title in the German touring car championship.

Fresh from his DTM crown, Wehrlein joined F1 in 2016 for the Manor Racing team before relocating to Sauber the following year. He managed to score championship points in both seasons, but would eventually depart F1 and head to Formula E.

During his time in Formula E, Pascal returned to DTM with Mercedes and had a somewhat disappointing season.

Paul di Resta’s time with DTM also differs from the rest of the drivers in this listicle. Di Resta spent time in the touring car championship before and after his time in F1.

Pre-F1, Paul was thriving in DTM. He made his debut in 2007, and throughout his four seasons managed to finish third, second and first in the drivers’ standings.

In 2010, when he won the DTM championship, di Resta also acted as a test driver for the Force India F1 team.

The following year, he was promoted to a full-time race seat in F1 with Force India and would continue with the team until the end of the 2013 season. He scored a series of top-ten finishes but would head back to DTM for 2014.

Back where he belonged, di Resta was soon back to his winning ways and took another five DTM victories on his return to touring cars.

He joined R-Motorsport in 2019, after the departure of Mercedes from the championship. Unfortunately, R-Motorsport also announced they would not be continuing with their DTM programme for 2020.

There is also a handful of other F1 drivers that have also raced in DTM over the years including the likes of Jan Magnussen, Timo Glock and Keke Rosberg to name just a few! 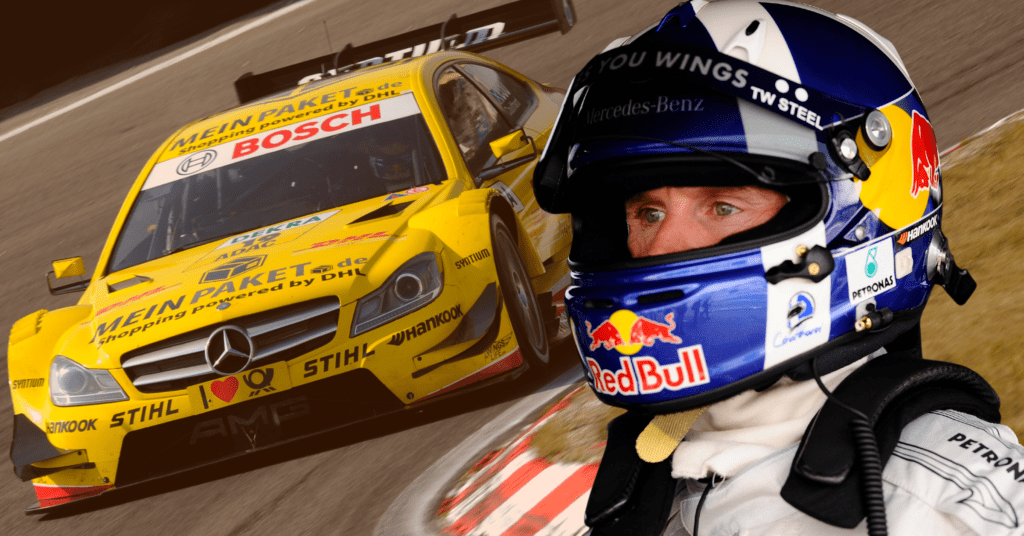