These F4 Drivers Were So Focused On Each Other That They Missed Their Braking Points - WTF1
Skip to content
×
Crash , Juniors

The ADAC Formula 4 season got underway this weekend at the Oschersleben circuit in Germany.

Ahh, Oschersleben, the track with probably the worst first corner in motor racing. It often causes incidents but the third F4 race of the weekend started relatively cleanly – apart from the two guys at the front.

Kami Laliberté and Marcus Armstrong shared the front row and both got off to a flying start. Pole-sitter Laliberté realised he was under pressure from Armstrong and defended the inside line as Armstrong attempted to hang it out around the outside. The only problem is that both drivers were so focused on each other that they braked too late, locked up and couldn’t make the corner.

With barriers preventing them from cutting across and rejoining the track both drivers had to stop in the gravel, where they got promptly beached and were out of the race. It’s ok guys, it’s only slightly embarassing. 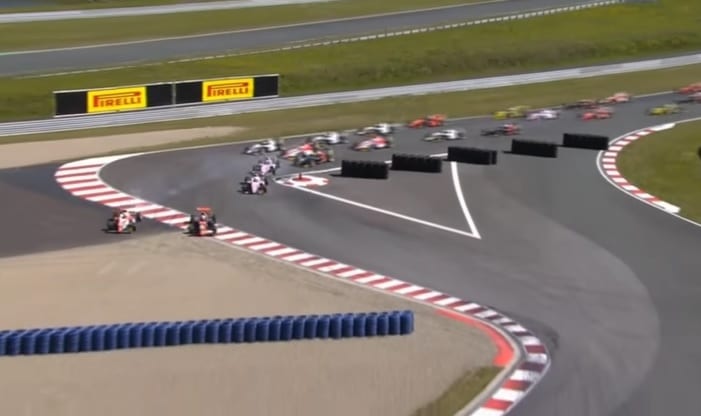 These Are The Drivers Confirmed For The Virtual Grand Prix