These Fan Renderings Show How The New Shield Device Could Look

With the Halo device not going down brilliantly because of its looks, the FIA recently announced that it had been ditched altogether in favour of the new ‘Shield’ concept.

The idea is that an elongated screen with stretch along the nose of the car, protecting the driver from oncoming object whilst also preserving the open-cockpit nature of the cars in a less hideous way than the Halo did.

To give us an impression of what the Shield might look like, graphic designer Olcay Tuncay Karabulut has created these stunning looking renderings:

It’s definitely a lot less of an eyesore than the Halo was, and because it’s mostly see-through chances are that after a while you’d stop noticing it’s even there.

With the Shield still due to be introduced for the 2018 season chances are we’ll see a working prototype on an actual F1 car at some point this season, but it’s great to get an idea of how it’ll look, even if it won’t be exactly like this.

Although many would agree that this is definitely a better looking option than the Halo, some might argue that it still doesn’t do enough to protect the driver and that F1 should go either with a fully enclosed canopy, or just not bother with it at all. Let us know what you think in the comments! 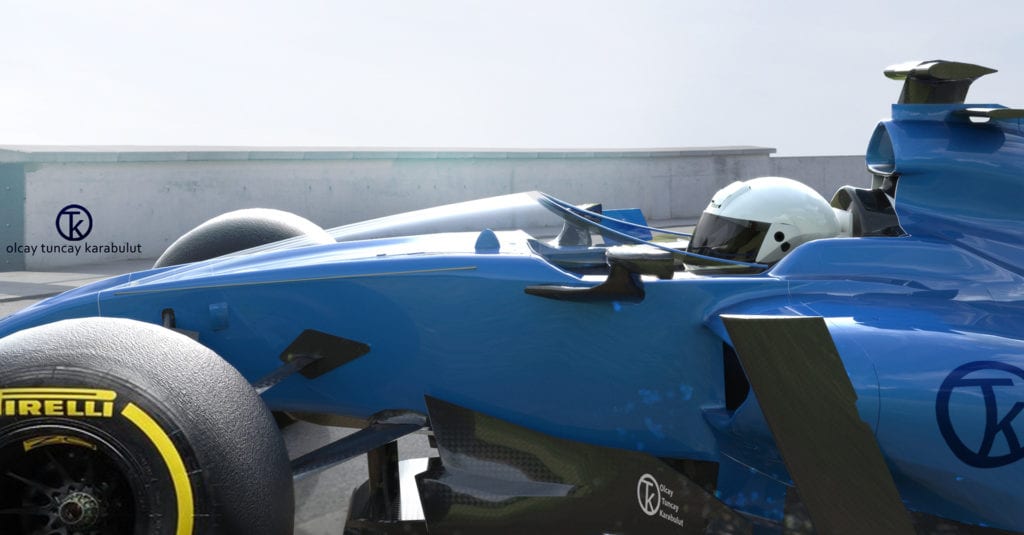