‘Chubby Bunny’ is a classic children’s game which involves putting as many marshmallows as you can into your mouth and repeating the phrase ‘chubby bunny’. Some of the Penske drivers from IndyCar and Nascar gave it a go and the results are somewhat…well, terrifying.

Well, that was a thing that happened. Josef Newgarden is scarily confident, Brad Keselowski’s tactics completely failed, and Will Power looks like he has so many marshmallows in his mouth that it’s beginning to pull his face off of the rest of his head.

They can all count themselves lucky that Juan Pablo Montoya isn’t a full time Penske driver any more thought. If he was taking part he’d have kept piling in the marshmallows, Juan by Juan, and after flawlessly repeating the words ‘chubby b-Juan-ny’, would have comfortably Juan the competition. 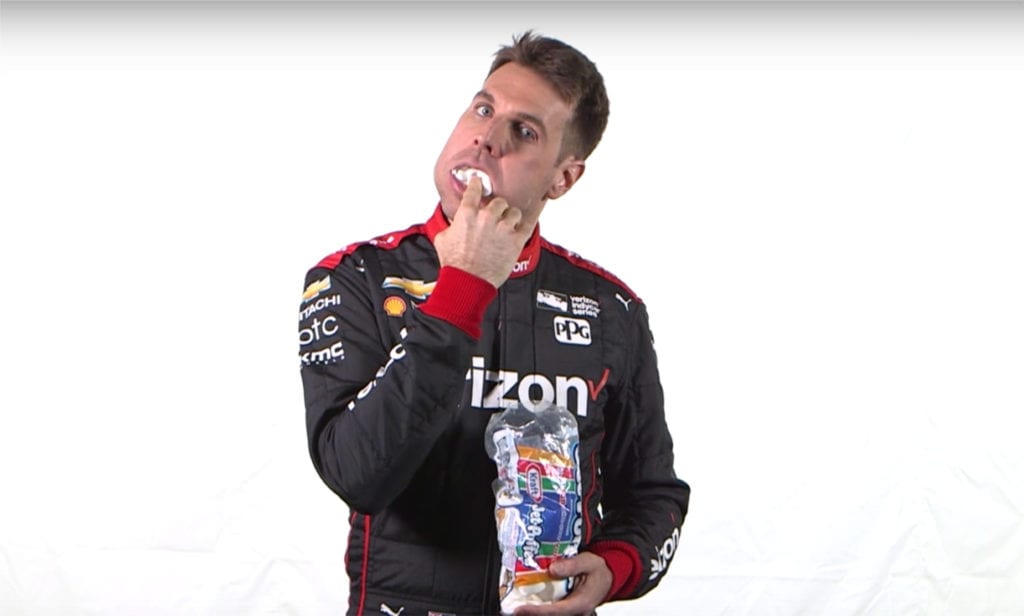