These Racing Pickup Trucks Seem To Roll Over Incredibly Easily

Pickup trucks (or utes as they’re known in Australia) aren’t necessarily the first thing you’d think to race, but they’ve formed the basis of popular championships Down Under for years. The old V8 Utes have been replaced with these bigger, slightly more unwieldy machines for this year and, well, they seem to roll rather easily.

During a practice session at Queensland Raceway, an apparent mechanical failure dumped oil over the rear wheels of Aaron Cameron’s ute, tipping him into a spin and eventual barrel roll as the wheels dug into the gravel.

The third race of the weekend saw an even more dramatic incident. The two leaders were busy making their own contact when the ute of Michael Sieders was tagged at just the right (or wrong!) angle to pitch it into a dramatic and destructive accident. 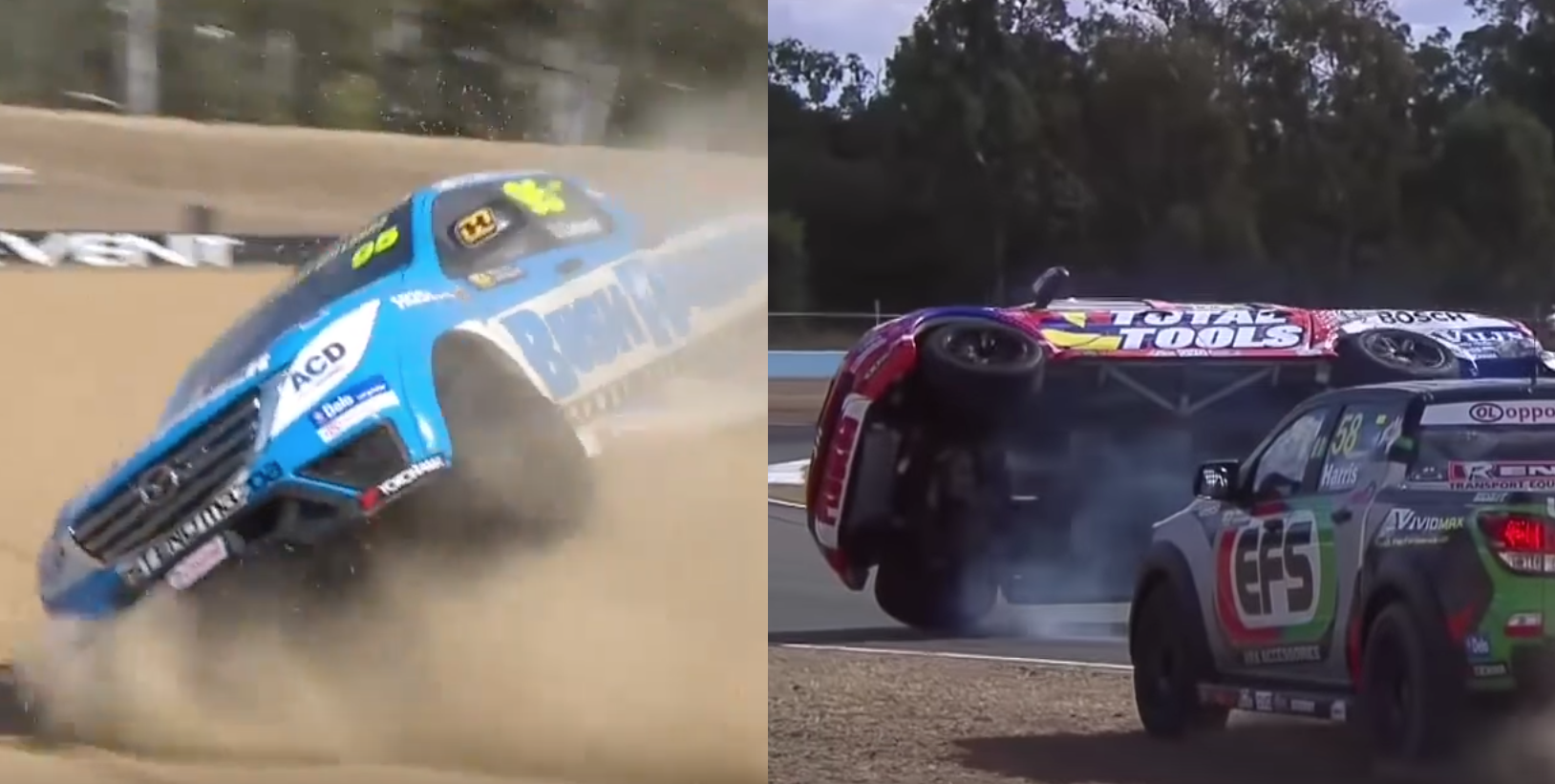