Touring car racing is up there with Nascar when it comes to testing the limits of the ‘rubbing is racing’ cliché. But out of all the circuits to try and prove it on, the legendarily difficult and dangerous Nordschleife perhaps isn’t the best place.

Coming down the long, long Dottinger Hohe straight, Girolami’s and Vervisch made side-by-side contact as they battled over third place, allowing Huff to pass the pair of them.

Then, on the following lap, Vervisch and Huff did the same thing, each trying to intimidate the other into backing off while having to deal with the complexities of the aero-wash. Somehow, the argy-bargy didn’t result in what would surely have been a colossal accident.

All three drivers received reprimands for their driving but thankfully, there were no penalties applied. Girolami even praised his rivals for the respect shown and hailed the battles as “the most intense moments of all my life”. We’re not surprised! 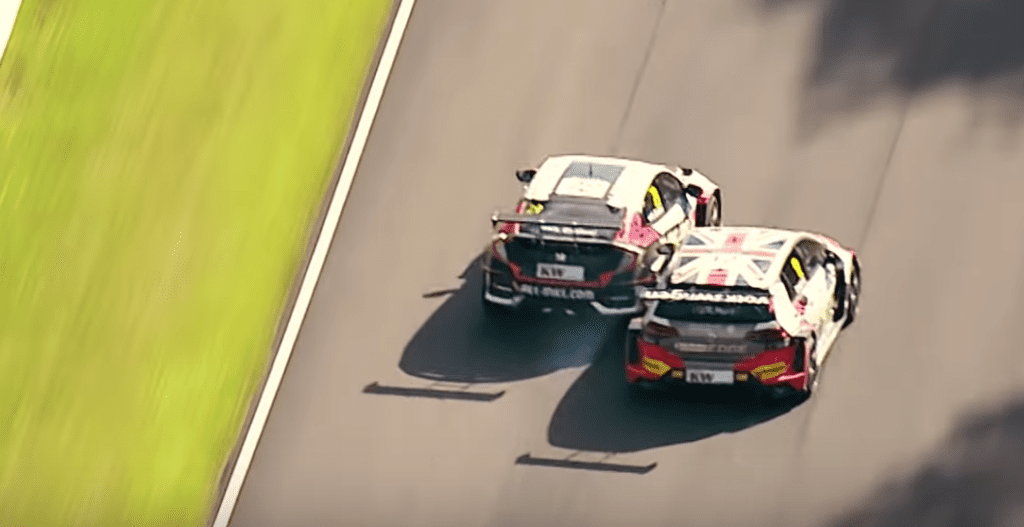