5 Things To Do When Bored Over The Motorsport Winter Break – WTF1
Skip to content
×
Fun , Opinion
2 comments

5 Things To Do When Bored Over The Motorsport Winter Break

If you’re like us, you’re having severe F1WS. No, it’s not another Amazon prediction tool, but instead stands for ‘F1 Withdrawal Symptoms’. We might have made this up, but we promise it’s a real thing that we suffer from every year in the winter break.

Don’t panic though, it’s curable, and we will give you all the remedies to help cure those winter break blues.

PICK UP A BOOK

If you’re a motorsport fan who loves a good book, there are hundreds of suggestions out there.

Firstly, why not try some brilliant autobiographies from the likes of Mark Webber, Jenson Button and Damon Hill. All three have excellent reviews and are both exciting and comical — a definite must for F1 fans new and old.

I currently have three books on my bedside table that I want to read again before it’s lights out in Bahrain next month.

They are Formula One: The Champions: 70 Years of Legendary F1 Drivers by Maurice Hamilton, Williams: A Different Kind of Life by Virginia Williams and The Mechanic: The Secret World of the F1 Pitlane by Marc Priestley.

Got other suggestions? Leave them in the comments below.

Whether you’re massively into your Esports, or just getting started, Amazon Prime has the perfect series for you to binge-watch. World’s Fastest Gamer sees the best international Esports racers compete for the chance to race in the real world. Seriously, that’s the dream. Right?

With the first season filmed at McLaren’s F1 hub and the second in the United States, it’s a hugely entertaining and gripping show which is perfect for anyone wanting to learn more about Esports and racing on the best simulators in the world.

You could also start racing online yourself. Whether you’re practising on F1 2020 or even investing in a full simulator setup, there are plenty of ways to explore the world of motorsport gaming.

There is also F1’s Virtual Grand Prix series which has made a comeback for 2021. With the first race taking place around the Red Bull Ring yesterday, there are still two more events on the pre-season series that include Silverstone and Interlagos.

LISTEN TO A PODCAST

Okay, so this might be a bit of self-promotion here.

Did you know that WTF1 has a podcast? Whether you wish to take a trip down memory lane or dissect all the best bits from an F1 Grand Prix, we’ve got something for everyone.

Series like ‘That Time When’ see the WTF1 gang delve deeper into certain moments in F1’s history in short and bitesize podcasts. Our last podcast was all about Sebastian Vettel’s insane nine wins in a row, with other episodes covering how the world reacted to Lewis Hamilton’s move to Mercedes in 2012 and the F1 season that gave us seven winners in seven races.

We also recently spoke to the incredible trio of racing legends that included Fernando Alonso, Rubens Barrichello and Tony Kanaan.

All episodes are available on your podcast platform of choice, with recent recordings being shared to YouTube too.

Depending on where you’re based, there is always motorsport content available to watch.

From creators on YouTube to amazing documentaries on subscription services, there is no shortage of informative programmes and films to watch.

The most popular is currently Netflix’s Drive To Survive. We are sure most of you have already seen it, but if you’ve been living under a rock or just don’t have access to a Netflix account it basically follows all the drama from the world of F1. Their cameras are allowed in the paddock and capture the sport in a way that’s often hidden to us fans.

We love it – and lots of you do too. With a third season expected to drop on Netflix during March, we wait with bated breath to binge-watch our favourite show again.

Away from Drive To Survive, other brilliant documentaries that are a must-watch include F2: Chasing the Dream available on F1TV, as well as Uppity: The Willy T. Ribbs Story and A Life of Speed: The Juan Manuel Fangio Story which are both available on Netflix.

Always keep an eye out on catch-up TV too. Sky Sport’s The Race To Perfection is an interesting 7-part documentary series that looks back at the last 70 years of the sport with insightful interviews and heaps of archive footage.

We all love F1; that’s no secret, but don’t be afraid to explore other motorsports out there.

Whether you’re tempted by some action on two wheels or exploring an all-electric championship, you’ll be able to find something for you.

Before the F1 season starts at the end of March, your weekend can be filled with other racing such as rallying, Supercars, NASCAR and Formula E.

With some championships uploading highlight packages – or even full races – to the likes of YouTube, there is no excuse to find your next obsession.

What other tips have you got for fellow motorsport fans to stay sane during the F1 winter break? Help us out in the comments below! 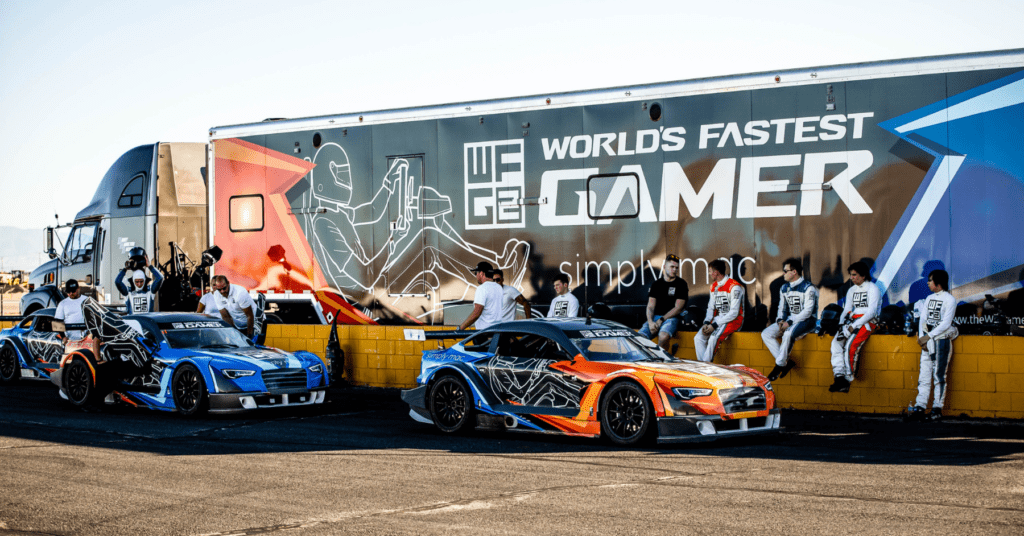