From over 3,100 entries, the winning design came courtesy of 11-year-old Kitty Thwaite, which features endangered animals on a warming planet.

Kitty said of her design:

“It will be absolutely amazing to see my design for real.We learn about recycling and emissions at school and I care about the environment a lot. I love drawing animals too; pandas are my favourite!”

And see her design for real she will, because Envision Virgin will recreate the livery on one of its actual Formula E cars and put it on display.

As well as the livery, Kitty will also get to attend a Formula E race next year. To make the whole thing even cooler, Kitty only learned that she’d won while live on TV on BBC’s The One Show.

Huge congratulations to Kitty for her winning design for a Formula E car in the @EnvisionVirgin competition! 🏆

Team Managing Director Sylvain Filippi explained the idea behind running the competition in the first place:

“Our competition aimed to raise awareness of the effects of climate change to a younger audience, while providing a bit of fun and light relief to parents during the lockdown period. Everyone at Envision Virgin Racing cares passionately about the environment, which is why we run numerous initiatives like this one under our Race Against Climate Change programme. As a father of two myself, I was very inspired by Kitty’s drawing and I’d like to extend my congratulations to her and my thanks to everyone involved.”

The really crazy thing is that an 11-year-old has come up with a climate change-themed livery that’s much, much better than the what the might of a massive company like Honda managed with its ‘Earth Dreams’ F1 cars in 2007 and 2008. It makes you think: how cool would it be to see an entire grid of cars with liveries designed by children? 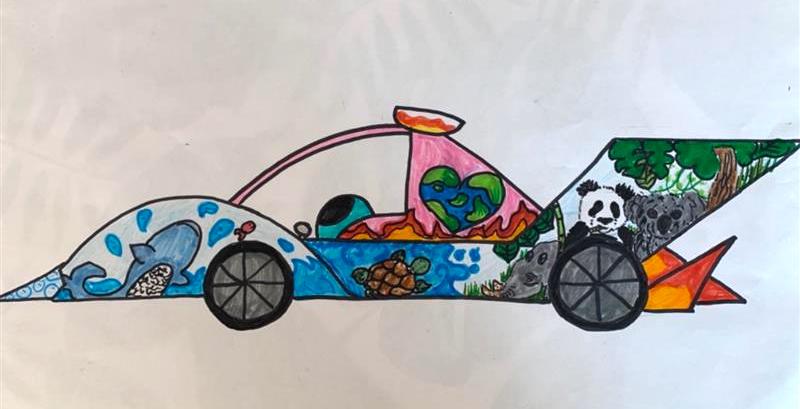