Australian GT driver Ash Samadi went for an early bath in the penultimate race of the Australian GT season at Sandown Park.

Shortly after the start, Samadi got on a damp piece of tarmac, and the loss of grip sent him spearing off the circuit when he went for the brakes. The grass was waterlogged from earlier rain, and the Audi R8 LMS did it’s best boat impression as it sailed towards the barriers, putting Samadi out of the race with a thud.

Both car and driver were fine as both were back out for the final race of the weekend. That shot of the Audi ploughing through all that water though – impressive camera work indeed! 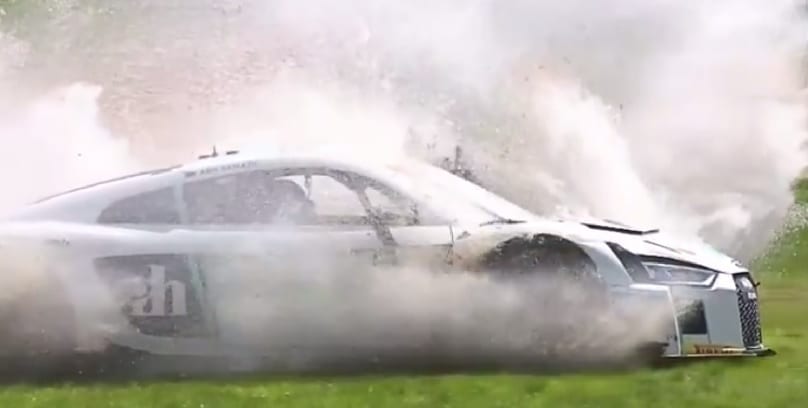