Pit lanes often get busy during a safety car period and to be honest, it’s a wonder that things like this don’t happen more often. Chaz Mostert had to be pushed back after his stop in order to actually be able to navigate his way out of the box, only to be released into the path of Rick Kelly.

Contact was inevitable, but the result was a little more unusual as Kelly appeared to just keep going and pushed Mostert around. A sideways Mostert almost blocked the pits entirely as other drivers had to navigate around the stranded cars.

The whole field files around a stricken Mostert in pit lane.#VASC pic.twitter.com/hklqvfLsfA

Unsurprisingly, Mostert was given a penalty for an unsafe release while Kelly had to pit again in order to fix the damage. After the race, Mostert went and apologised but his team boss Tim Edwards placed the blame firmly on Kelly, saying “That was the dumbest thing, just driving straight into the side of Chaz at full steam and taking himself out of the race. There’s a middle pedal in the car, and he didn’t touch it. Pretty stupid by him.”

An unfortunate racing incident that was the product of circumstance, or a clumsy clash that could have been avoided? 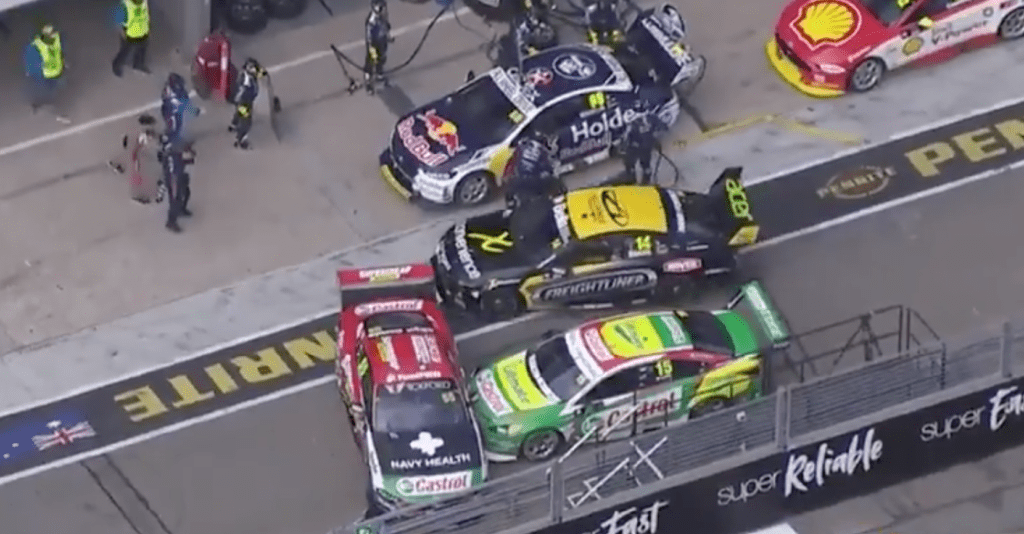