This Custom Model Of A Modern Tyrrell P34 Is Absolutely Amazing

The six-wheeled Tyrrell P34 is one of the most iconic F1 cars of all time, but unfortunately such drastic innovations are no longer allowed under the restrictive modern rules of the sport.

Model maker Kotoma wondered what a modern interpretation of the P34 would look like, and so built his own version of it – and it looks amazing.

It’s decked out in Ronnie Peterson’s livery from the 1977 season, albeit reimagined to fit the lines of the more modern car.

The attention to detail is simply stunning, from the suspension work around the front wheels to the Goodyear logos on the tyres.

Stunning, stunning work, and such a great idea. It makes me want to break out the modelling glue and craft knife and create some F1 car fusions of my own! 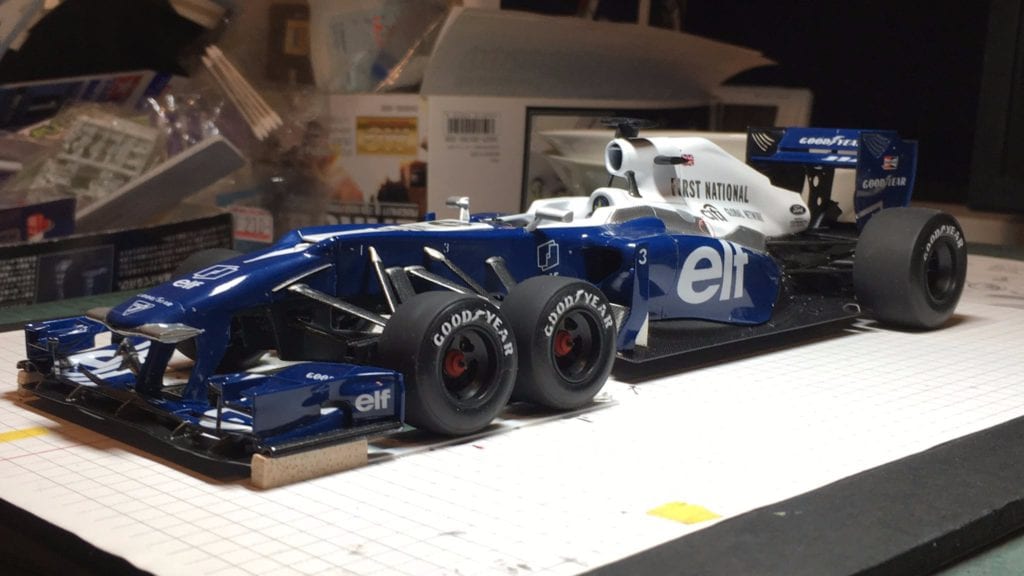