This Driver Had A Seriously Lucky Escape In This Incredibly Scary Crash – WTF1
Skip to content
×
Crash , Juniors , WTF

Another day, another unusual crash in an Argentinean championship. This time though, it’s really rather scary.

Agustin Buralli was having a superb battle for the lead with Esteban Mancuso when he lost control. Unfortunately, his car was spinning right towards another car that had gone off in the same place – and the driver was standing right by it with his helmet off.

Buralli hit the stricken car as the other driver, Luca De Marco, leapt out of the way just in time.

Whilst De Marco fortunately escaped unscathed, Buralli wasn’t quite so lucky and suffered a broken leg in the impact, but the whole thing could have been so much worse. It makes you wonder how something like that can be allowed to happen in 2018 – and that’s before you notice the course cars, marshals and photographers standing unprotected at the side of the track… 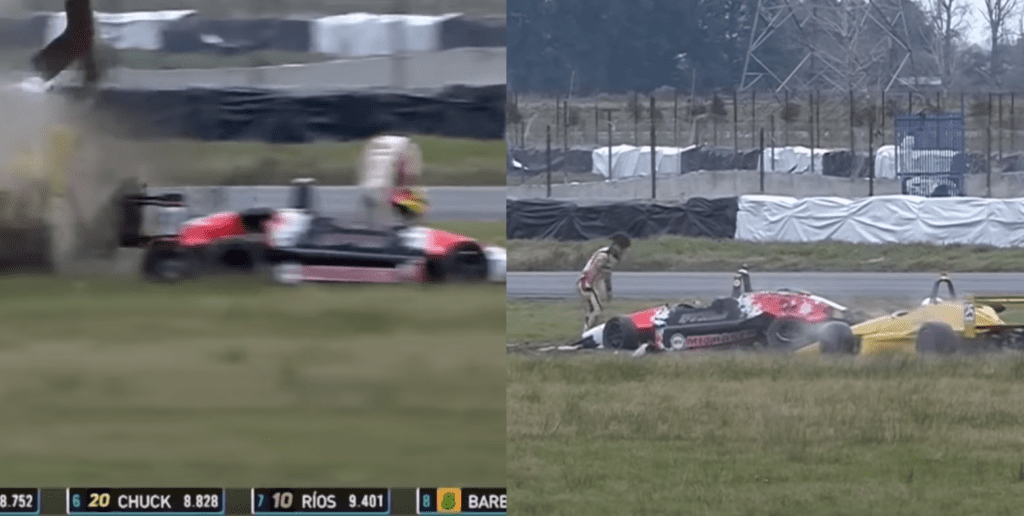