A soaking wet race in the Michelin Pilot Challenge (an IMSA series supported the WeatherTech SportsCar Championship) came down to a last-lap shootout following a late safety car.

Wittmer took the lead and pulled out a small but significant gap in his No.75 McLaren 570S GT4. Behind him, Robin Liddell in the No.71 Chevrolet Camaro was making rapid progress as he passed two cars around the outside of Road America’s Canada Corner to move into second.

As Wittmer came up to the finish line to win he went for the team radio button, ready to celebrate – or at least, he thought he did…

Instead, he accidentally hit the pit limiter button. That caused him to slow down before the finish line as Liddell squeezed past to win by just seven-hundredths of a second in an utterly bonkers finish. 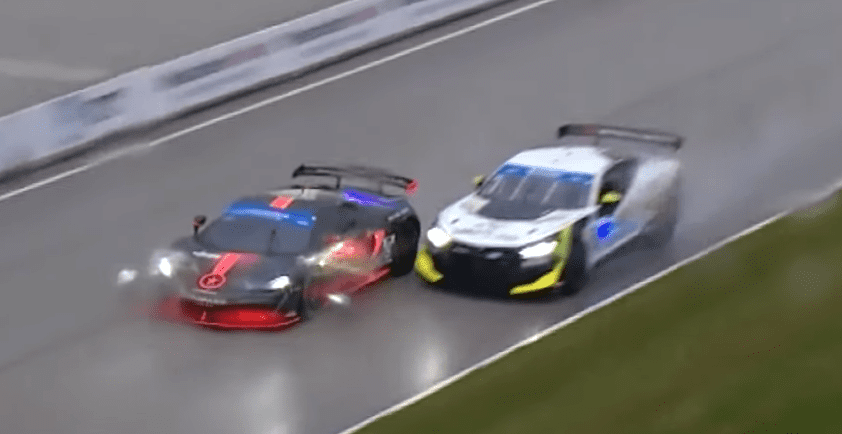