This DTM Car Was So Destroyed The Driver’s Face Was Covered In Dirt – WTF1
Skip to content
×
Crash , Touring Cars

The race had already seen an accident on the start line, but that was nothing compared to what happened to Rene Rast at the restart. He made contact with fellow Audi driver Loic Duval and was pitched sideways into the grass at high-speed, at which point his car was sent tumbling through the dirt as it tore itself to pieces.

Incredibly Rast emerged with little more than dirt on his face (and I’d imagine a few other places too…), but they’ll be digging bits of that car out of the ground for centuries to come. 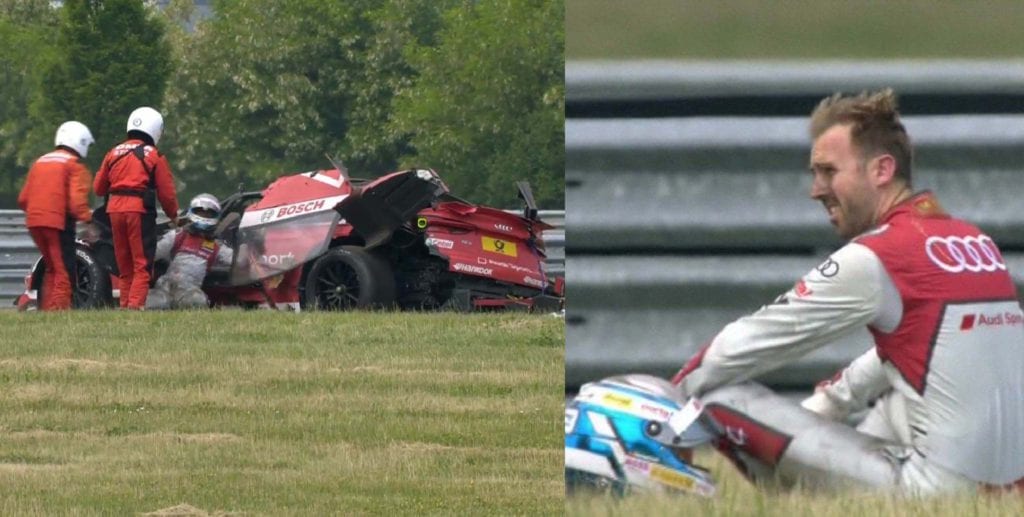