This F3 Race At The Norisring Had A Seriously Close Finish

It’s somewhat surprising that Ticktum even managed to take part in the race given the massive start line shunt he suffered in a race earlier that day. But take part he did, and after leading a good deal of the race had to fend off a charge from Juri Vips in the closing stages, which involved a drag race to the line.

As usual at the Norisring (and in F3!) the action continued right down through the field, making the final minutes great to watch all-around. 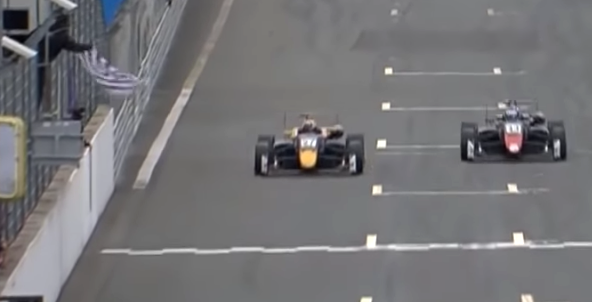