This F3000 Finish Was The Most Embarrassing Monaco Moment Ever – WTF1
Skip to content
×
Juniors , Retro

This F3000 Finish Was The Most Embarrassing Monaco Moment Ever

Wirdheim absolutely dominated the 2003 F3000 championship (the forerunner to GP2/F2) with three wins and six second places from the 10 rounds that season. It should have been four wins and five second places, though, because at Monaco he made a horrible mistake.

As most circuits the finish line is in a different place to the start line, towards the back of the grid. At Monaco, however, it’s where the start line is. Wirdheim didn’t realise this fact, so when he came on to the pit straight for the final time he slowed down to celebrate with his team, thinking he’d already won. He hadn’t.

He realised his mistake and floored it, but it was too late – future Minardi driver Nicolas Kiesa has already gone past to snatch the victory.

Regardless of the series, racing drivers don’t get too many chances to win at Monaco, but this year Wirdheim got his redemption. Racing a March 711, he narrowly held off the McLaren M19A of Stuart Hall to finally stand on the top step at Monaco, 15 years after he should have done. 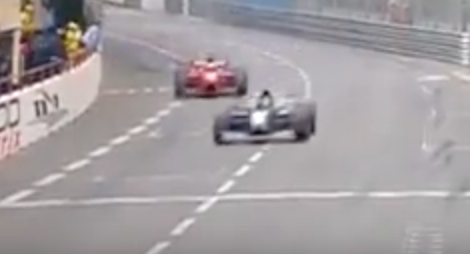