This Fan Caught The SF70H’s Entire Starting Procedure On Video

Starting an F1 car isn’t the work of a moment. Before the engine is even fired up it has to be pre-warmed and oil pressure must be built up. This is because the engines are built to such fine tolerances that starting the car up with a cold engine would damage it instantly.

Add in all the various system checks and complicated stuff surrounding the hybrid system and you’re looking at a pretty lengthy procedure, which this fan managed to film Ferrari doing prior to sending Sebastian Vettel out on a run.

You’ve gotta love how they make such a big deal of putting screen around the car up to prevent other teams from coming and checking out the car, even though everything they’re doing is in full view of the people on the balcony above.

If only race tracks had some kind of enclosed area where they could do things like this in private. Maybe some sort of garage, preferably located in the pit lane for maximum convenience. 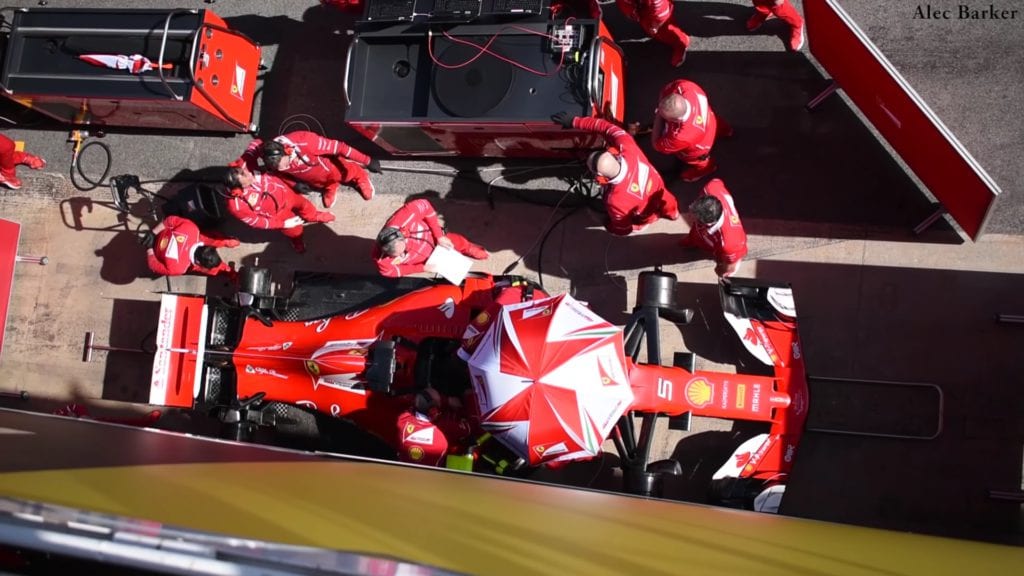