This Fan Video Shows How Drunk Kimi Is Basically The Opposite Of Sober Kimi – WTF1
Skip to content
×
Formula 1 , Fun

We love Kimi Raikkonen because he doesn’t like interacting with the media, doesn’t like saying much and when he does answer a question with more than five words, it’s usually pretty honest, straight-talking stuff.

But when he’s had a few refreshments, like at the FIA Gala, Kimi apparently becomes the opposite, as this fan video from after the Gala shows. Instead of getting away from the cameras and interactions with other people he runs straight towards it (much to the apparent annoyance of wife Minttu) and starts giving out autographs, hi-fiving fans and wearing hats. It’s utterly brilliant. Who is this person!?

The reason it’s so funny is because the contrast between him being drunk is so different from his public (and sober) persona. And the clapping… so much clapping! 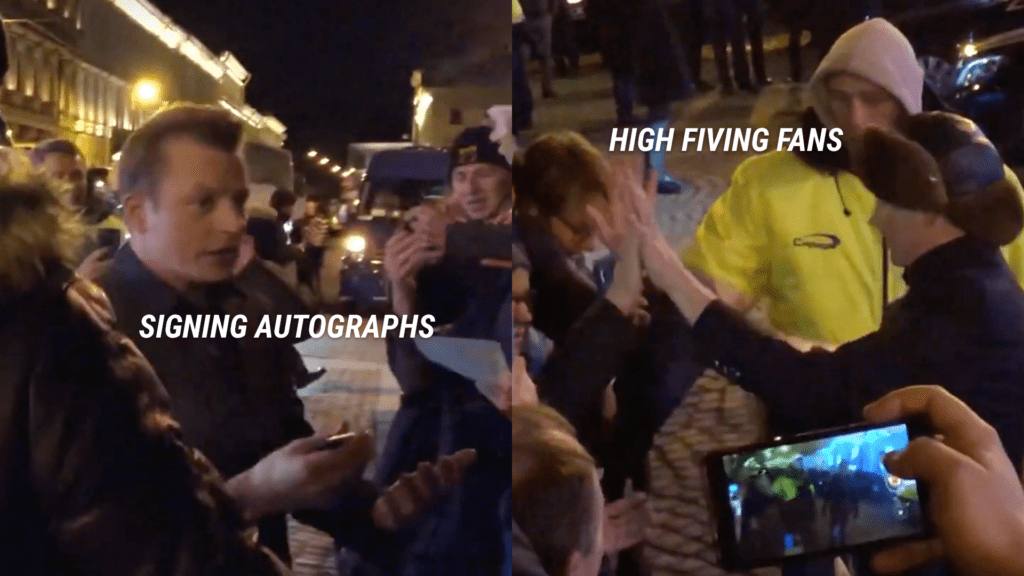