This Fan Video Shows How Vettel Broke The Scales During Qualifying

Vettel got off with a reprimand and a fine for his antics at the weighbridge as, ultimately, he did turn his engine off and the stewards were able to take an accurate measurement.

However, in his haste to pull away, Seb did drive off of the scales under his own power, which isn’t allowed in case it breaks them… which is exactly what happened. In this fan video you can see how, in pulling away, the scales were fired out from underneath the car.

It’s not hard to see how the scales could have been flung even further had Vettel been a bit heavier with his right foot. But hey, the crowd loved it! 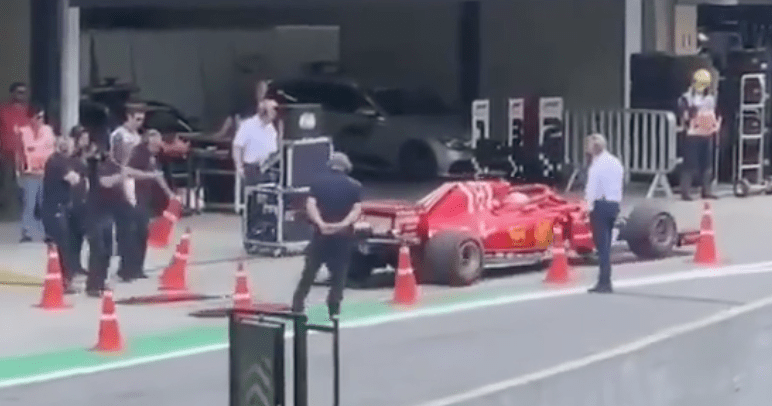