This Guy Took A Legendary Le Mans Porsche And Made It Road Legal – WTF1
Skip to content
×
Endurance , Retro , WTF

The Porsche 917 is one of the greatest racing cars of all time, its Le Mans and endurance racing exploits helping Porsche make the step from impressive underdogs to one of the dominant manufacturers in motorsport.

Amateur race, car collector and Monaco resident Claudio Roddario likes them so much that in 2016, he decided to buy chassis 037 – the last 917 ever built – and convert it for road use. Now, as you might expect, there are few hurdles to jump through when it comes to turning a race car into a road car, but thankfully for Roddario, there was a precedent.

In the 1970s, Count Rossi (of Martini fame and responsible for so many epic liveries) used a loophole to have an old 917 converted for road use. As long as Roddario could prove his car was built to exactly the same specs as Rossi’s car, it’d be approved. After months of paperwork and cutting through red tape, the job was done.

Worth the effort? Absolutely! That period Martini livery is glorious, and the addition of number plates and a few rear lights (pretty much the only non-standard additions) somehow makes it look even better. The shots of it running on public roads are just glorious.

Its 4.9-litre flat-12 engine pumps out 600bhp, a massive amount in a car that weighs just 600kg and is almost 50 years old. It was a pretty hair-raising machine in period – imagine how it must feel using it to pop to the shops!

It takes a lot to stand out in Monaco, but with this street legal 917, I think Roddario has just about managed it. 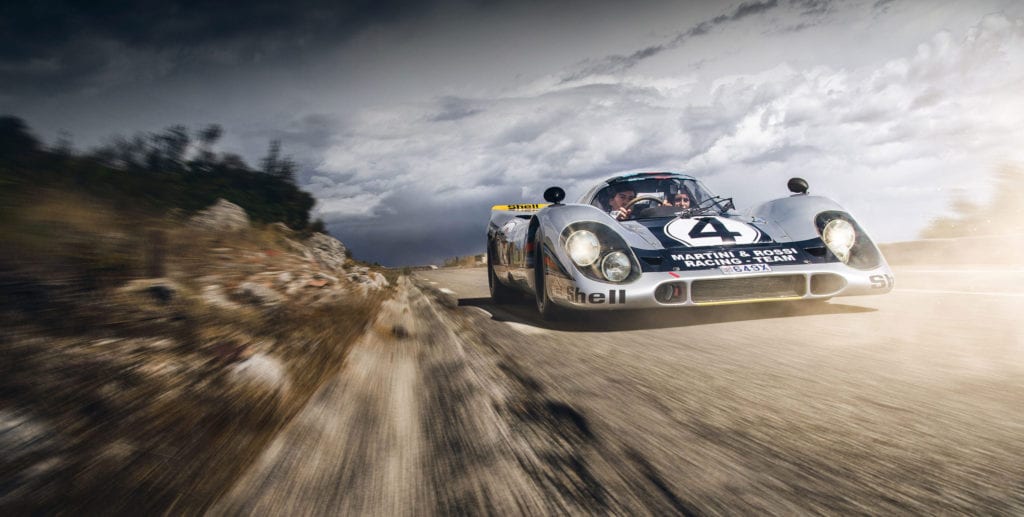