This Huge F3 Crash Shows How Bad It Can Be When Cars Stall On The Grid – WTF1
Skip to content
×
Crash , Juniors

The European F3 Championship was at the Norisring this weekend and the second of the three races had to be red-flagged after an enormous start line accident.

Starting fifth on the grid, Ticktum was left stranded after stalling his car. Most of the field avoided him, but Ameya Vaidyanathan was apparently unsighted and slammed into the back of Ticktum. And because Vaidyanathan had started towards the back, he’d already built up a fair bit of speed and spectacularly launched Ticktum’s car into the air.

Both drivers walked away but were unable to take the restart. Whilst Ticktum’s car was repaired in time for him to win the third race of the weekend, Vaidyanathan had to miss it after being sent to a local hospital for checks. 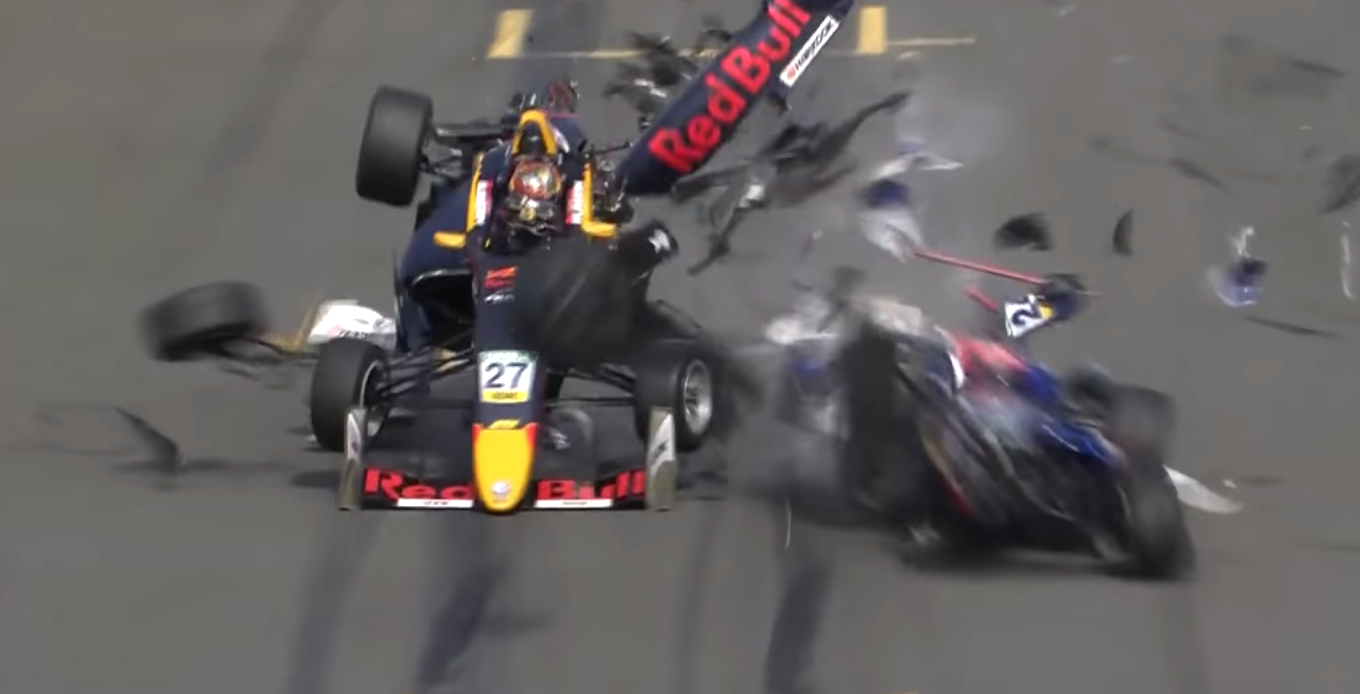