Rally Portugal features some awesome jumps, we imagine it feels pretty good to get them right, sail through the air and land back on four wheels.

That didn’t quite happen for WRC-2 driver Gilbert, behind the wheel of his Skoda Fabia R5. No, quite the opposite, actually.

Instead of landing back on four wheels, the nose of his car dropped as he went over the jump and smashed into the ground.

It pitched the car into a series of end-over-end rolls, before coming to rest the right way up across the road.

Not ideal… but both the driver and co-driver got out of the car and appeared to be OK, which is the main thing. 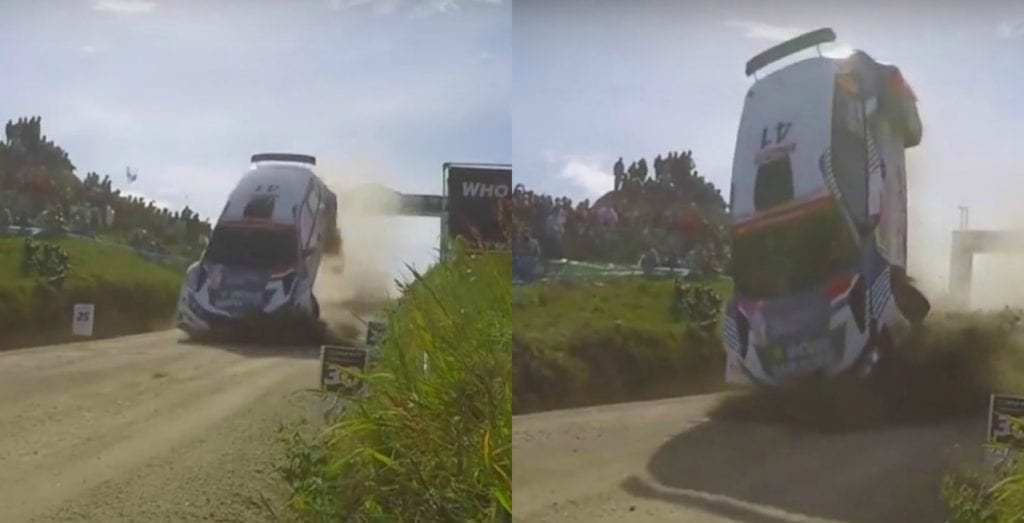