This Is Toyota’s Le Mans Challenger For 2017 – WTF1
Skip to content
×
Endurance , News

This Is Toyota’s Le Mans Challenger For 2017

Toyota have revealed the 2017-spec of its TS050 Hybrid ahead of this year’s World Endurance Championship season.

The TS050 Hybrid will go up against the Porsche 919 Hybrid for WEC and Le Mans honours, with Toyota desperate to win this year’s 24 hour race after the team’s heartbreaking end to the 2016 race.

The new TS050 Hybrid is more evolution than revolution, still in the 8MJ hybrid subclass (the maximum allowed in the current LMP1 regs) and with a 2.4 litre V6 turbo petrol engine.

Most of the changes come on the outside, due to safety-related aero changes from the FIA, with a raised nose, taller front splitter and undercuts to the sidepods.

The only item which is not changed is the monocoque

“Our 2017 TS050 Hybrid represents a significant update; the only item which is not changed is the monocoque,” said technical director Pascal Vasselon.

“At several races last year we showed the potential of our car with strong performances. But to achieve our targets we need more, so as well as big aerodynamic changes, we have optimized each area for performance and weight.”

Toyota is expected to run its low-downforce ‘Le Mans-spec’ package at the opening round of the WEC season in Silverstone, with the high-downforce package likely to be used for the final rounds of the championship.

Toyota will also bring a third car to the 6 Hours of Spa and the 24 Hours of Le Mans which will see Stephane Sarraazin and Nico Lapierre joined by reigning Super Formula champion Yuji Kunimoto. 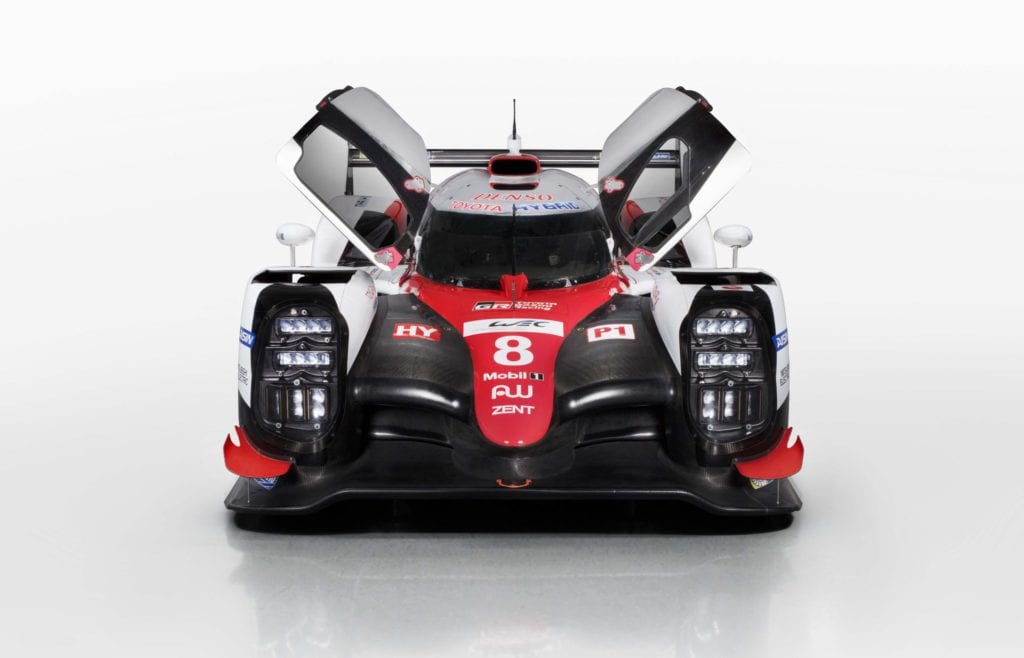