This Is What A Top F1 Esports Run Looks Like

The first qualification event of the Formula 1 Esports championship on Codemasters’ F1 2017 has just come to an end.

In the first scenario drivers were given five laps to take Sergio Perez’s Force India to the best possible result around Monza, with the final score being based on things like finishing time, assists used and how cleanly you drive.

So, just how good do you have to be to feature somewhere at the top of the leaderboards? Well watch this footage of SvenZSven tackling the challenge and find out!

At the time of recording this performance was enough to put them top of the Playstation 4 leaderboards, but by the end of the challenge slipped down to sixth on the PS4 leaderboard and 22nd on all platforms – still pretty impressive!

The next scenario takes place from 18-26 September and will challenge drivers to take a Red Bull to victory at Suzuka. At this point the top 40 qualifiers will take part in a live head-to-head event in London on 10-11 October, with the top 20 from that going on to Abu Dhabi to compete for the championship on the same weekend as the actual Grand Prix. 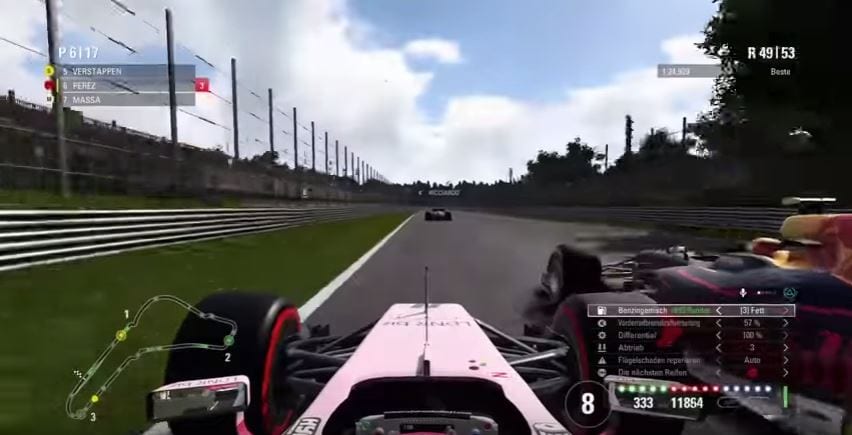