During the Japanese Figure Skating Championships, Miyaki paid tribute to the F1 legend by wearing an outfit that looked like Senna’s McLaren overalls from the era.

How cool is that!? The routine even has F1 engine sounds and parts where he pretends to be driving.

Now all we need is a skater named after Alain Prost so that they can recreate their famous rivalry… but on ice. 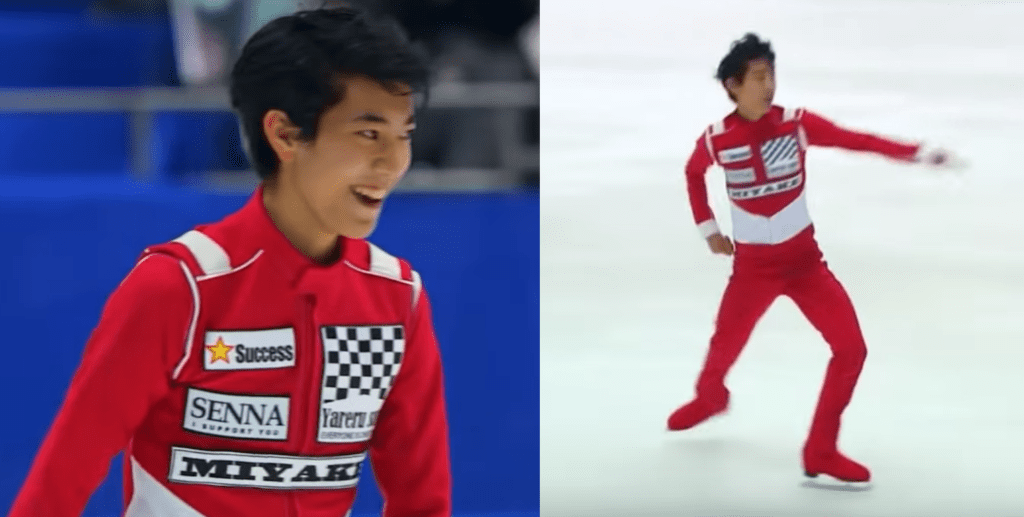