This McLaren Concept Shows How Cool The Halo Could Be Made To Look – WTF1
Skip to content
×
Design , Formula 1

I don’t know if it’s just me, but the Williams and Haas car reveals show that with teams able to integrate the Halo properly into the car design, it doesn’t look as bad as was feared. The new Formula E car also shows that it can be made to look pretty cool.

The FIA is aware that it’s still quite ugly, though, and is working to update the design in the future to try and make it more aesthetically pleasing. If it needs some inspiration for that, it could do much worse than this McLaren MCL33 concept.

The new MCL33 is expected to have a proper classic papaya orange livery when it launches on 23 February, but Sean Bull has taken inspiration from a different McLaren era and gone with a chrome livery.

Automotive designer Esa Mustonen has added a redesigned, sleeker, sexier version of the Halo which adheres to current regulations. The whole thing has been modelled and rendered into these glorious images by Race Sim Studio. 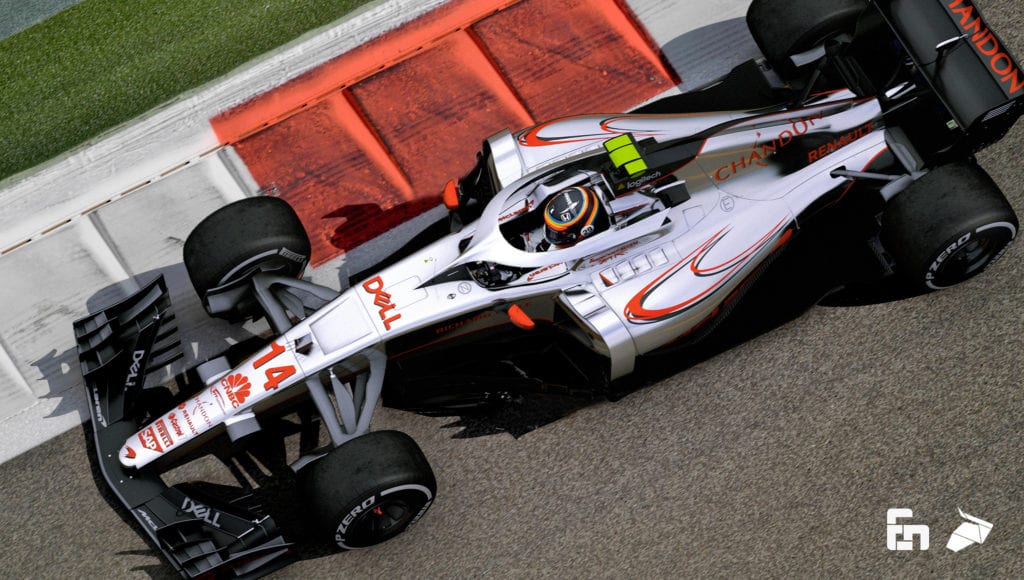