As any collector of diecast F1 cars knows, there are hundreds of special editions built to commemorate specific moments – great wins, great drives, great battles, you name it. This one is a little different, though, because it doesn’t actually feature a car.

That’s because the model (well, it’s more of a diorama, really) by BBR Models commemorates Vettel’s decision not to park with the rest of the top three after he’d been stripped of the win in Montreal, courtesy of that five-second penalty. For just over £15, you get a 1/43-scale box which is largely empty, apart from the ‘Number 1’ board which Vettel made a point to switch before reluctantly heading to the podium.

Showing great attention to detail, the base even shows the shadow of Lewis Hamilton’s Mercedes and even a nearby manhole cover.

It is, quite frankly, a brilliant idea. If you’re still miffed about the result then having a reminder of it on your shelf might not help you get over it – although by now, surely. All that’s needed now is a small, angry-looking Vettel figurine and the look will be completed. 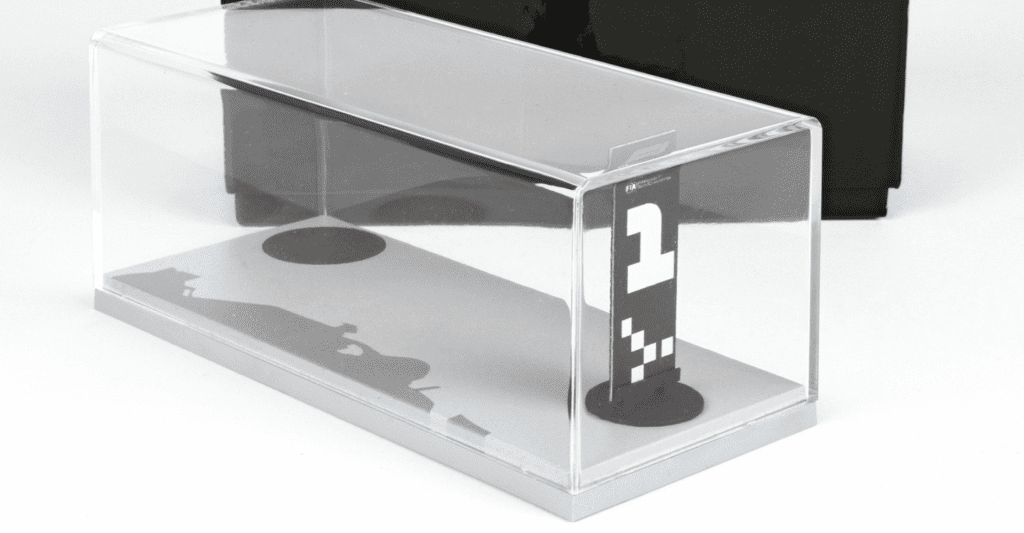