Keselowski was entering the pits when he seemed to lock his rear wheels, causing him to spin 180 degrees. Incredibly, instead of being a total nightmare of a situation, he somehow managed to slide perfectly into his pit box. In fact, it was so on the money that instead of wasting time turning him around, his team simply carried out a perfectly legal ‘backwards’ pit stop before sending him on his way again.

OK, so it cost him a few positions but still – nicely done!

Not ideal, but pretty wild and impressive pit stop by @keselowski and the #2Crew earlier. pic.twitter.com/REttpRbLzD

With Talladega being a restrictor plate race there’s always the potential for ‘The Big One’ and indeed, on the last lap, Kyle Larson was sent into an endless series of barrel rolls after being tagged by the car of Williams Byron.

Everyone involved was OK, but the combination of the massive crash and debris elsewhere on the track brought the race to a finish, with Chase Elliot claiming the victory. 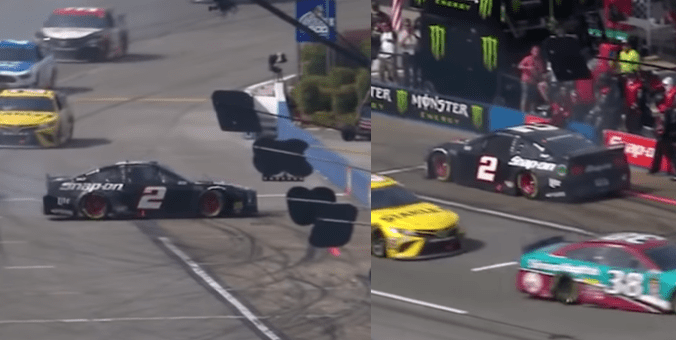