With iconic cars like Michael Schumacher’s Ferrari F2001 and Ayrton Senna’s McLaren MP4/8 selling for well into seven-figure sums, getting the chance to actually own an F1 car can sometimes seem like a far-off dream. That isn’t always the case, though.

Brabham is currently in the process of a slightly mysterious comeback, and it’s a selection of ‘cheap’ Brabhams that are up for sale. They’re not the classic ones Sir Jack himself drove in the 60s, nor are they Nelson Piquet’s title-winning cars from the early 80s. No, if you want a cheap Brabham you’ll have to deal with the ones from the early 1990s when the team was in its last throes of existence and results weren’t anything to shout about.

First up is a 1991 Brabham BT60Y, as driven by Martin Brundle at Imola before spending the rest of the season as the team’s spare car. Sure, it’s a bit scruffy, but for just £30,000, (OK, so these aren’t really ‘cheap’) what do you expect? Give it a lick of paint and some new sponsor stickers, though, and it’ll be as good as new. Well, apart from the fact that it doesn’t have an engine, so it’ll just have to sit in the garage. Given that the Yamaha engines meant unreliability and even a few failures to qualify, though, sitting in a car that can’t move should provide a fairly accurate representation of part of the 1991 Brabham experience.

If that’s just a little bit too much of a project for you, then for double the money you can get another BT60Y, this time one that actually has (largely) the correct livery. It also has a bit more pedigree, too – Brundle drove this particular chassis in four races whilst teammate Mark Blundell drove it on three occasions, even scoring a point at Spa.

If you want an F1 car that, y’know, actually works, then you’ll have to spend a bit more – £230,000, to be exact. But that gets you a Judd V8-powered BT59 from 1990 (as raced by David Brabham), recently restored and ready to go. There’s also the option of a whole load of spares, which could be useful if you’re planning on crashing it at events and track days.

If you prefer a little more significance to your F1 cars, then how about this. For a cool quarter of a million pounds, you can buy Damon Hill’s first and Brabham’s last F1 car, the 1992 BT60B (which has actually popped up for sale before).

Like the BT59 it’s recently restored and all good to go, but as an added bonus has the benefit of not only being historically significant, but it also has that so-awful-it’s-good bright pink and blue livery. Hill used this very car for much of the season, although after finishing 11th in Hungar the money ran out and the team folded.

That’s a good selection of cars at various prices, but you’ve really got to be a Brabham fan. If you want to get a slice of that ‘backmarker chic’ without having to buy a Brabham, then there is an alternative out there…

This particular car was driven by Shinji Nakano and the great Esteban Tuero during 1998, and was also used for testing the following year (hence why it has the 1999 livery).

It’s a magnificent looking machine and best of all comes with the original Ford V10 engine, so you know it’s going to sound great. The car comes ready to race, with the seller saying it’s the ideal machine for the BOSS GP series for old single-seaters. Unfortunately no price is listed, but that doesn’t mean it’s free – much like when Minardi was still an F1 team, if you want to drive the car, you’re going to have to pay for it.

So, what would you choose? The lovable Minardi? Damon Hill’s iconic pink 1992 Brabham, or the more understated 1990 car? Or, do you save a bit of money and buy one of the show cars, purely so you can say you own an F1 car? 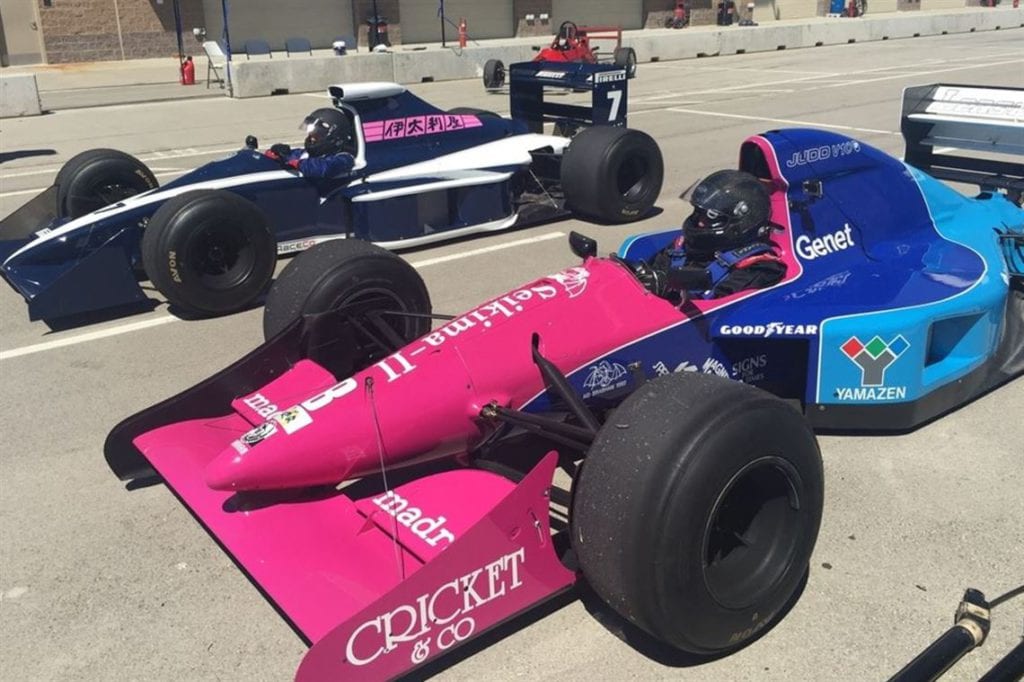