A few hours into the race, Mike Hawthorn made a late call to make a pit stop in his Jaguar. This caused backmarker Lance Macklin to swerve out of the way and into the path of the Mercedes of Pierre Levegh.

Macklin’s car acted as a ramp and Levegh was launched into the air and into a spectator area. Flames and debris flew everywhere as the car disintegrated, resulting in the death of not just Levegh, but more than 80 spectators. Although the race carried on, the horrific outcome of the crash caused the cancellation of several Formula 1 races, the banning of motorsport in Switzerland, and the withdrawal of Mercedes from international motor racing for more than four decades.

Any re-telling of such an abject tragedy has to be done sensitively and thankfully, that exactly what this film does. Director Quentin Baillieux sensibly opts not to dwell on the crash itself and instead focus on how it affected two of the Mercedes team members – Levegh’s teammate John Fitch, and team manager Alfred Neubauer. Beautifully animated, the atmosphere of what happened is captured perfectly in its 15-minute run-time and is well worth a watch. 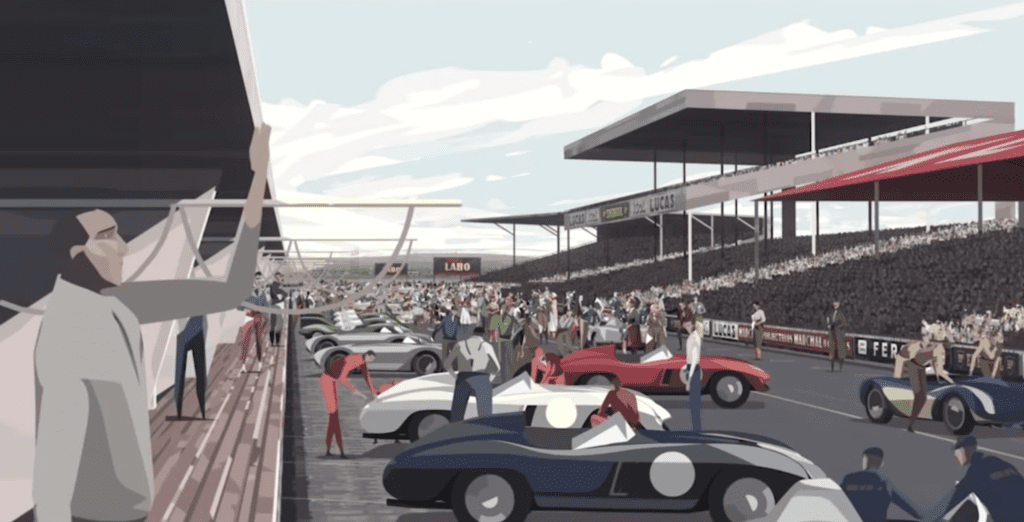