In terms of sheer numbers, the answer seems pretty simple – it’s Michael Schumacher, right? Well, yes, but considering the number of races he did, the length of the seasons and the reliability of the cars, modern drivers are far more likely to exceed the records of the likes of Juan Manuel Fangio. After all, he only drove in 51 championship grand prix.

To combat the offset in statistics, RaceChip has taken data from everyone who’s competed in over 50 races in eight categories – championship wins, race wins, win percentage, pole positions, podiums, fastest laps, retirements, and crashes. They’ve then applied a formula which normalises and weights each statistic and allows them to rate each driver in each category out of 10. The average is then taken in order to try and provide a definitive list of who the most successful drivers actually are.

So who came out on top?

Yep, it’s still Michael Schumacher, and comfortably so. His average of 8.38 out of 10 is way ahead of that of second-placed driver Lewis Hamilton, who’s on 7.07. Third on the list is Fangio, with 5.94. Here’s how the top 10 shakes out:

OK, so that’s pretty much what you expect, and those 10 guys will always crop up in any discussion of who the greatest F1 drivers of all time are. Stirling Moss came out as the highest non-champion (16th) whilst Keke Rosberg ended up as the lowest champion (37th). Giuseppe Farina, Alberto Ascari, and Mike Hawthorn don’t feature at all because they didn’t meet the 50-race minimum requirement.

As ever with studies like this though (remember the one that put Christian Fittipaldi as the 12th-best driver ever?), the real interest comes further down the list.

Daniil Kvyat ranks ahead of the likes of Elio de Angelis and Eddie Irvine, whilst Nico Hulkenberg is below such illustrious names as Luca Badoer, Erik Comas, and Marcus Ericsson. Bottom of the list is Andrea de Cesaris, whose cause was no doubt hindered by his record-breaking number of crashes and retirements – there’s a reason he was nicknamed Andrea de Crasheris!

Oh, and Pastor Maldonado? He’s 94th in the list, ahead of other magnificent one-time winners like Olivier Panis, Jean Alesi, and Jarno Trulli.

You can check out the full rankings by clicking here. Do you agree with them? Let us know in the comments. 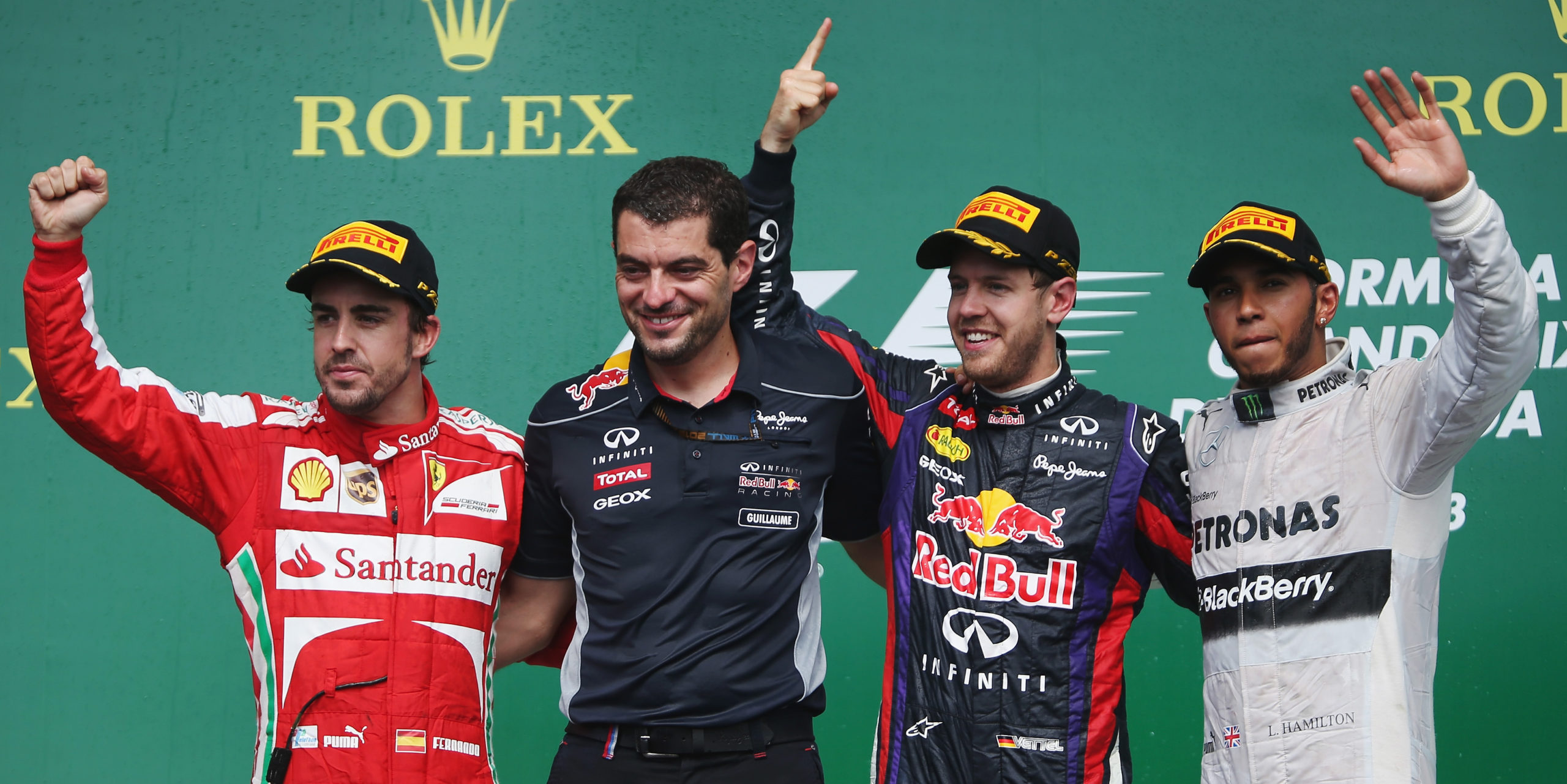