This Tetraplegic Gamer Plays GT Sport By Using His Mouth

A motorcycle accident damaged Alvaro Blanco’s spinal cord and rendered the 25-year-old a tetraplegic. However, he’s been able to continue to play Gran Turismo Sport through the use of a special game controller called a Quadstick. This allows him to use his mouth to accelerate, brake and steer – and with impressive amounts of accuracy, too.

He started a YouTube channel to document his progress and show how he manages to compete. He even attempted to qualify for the FIA-certified regional finals and although he didn’t make it, his story captured the attention of developers, Polyphony Digital. He was invited to attend an event in Madrid where he met series creator Kazunori Yamauchi, who said:

“Motorsport up until now has been something that could only be experienced by a handful of people. This Gran Turismo Sport, FIA Gran Turismo Championship accepts participation from anyone.”

He’s completely right – and Alvaro is proof. Motorsport has an extremely high barrier of entry and for many people, even competing at a grassroots level is unattainable. Sim racing and esports provides an affordable, competitive and increasingly realistic way for people to compete against each other, regardless of background.

Alvaro Blanco shows that Gran Turismo is for everyone. 🏁🏆

Alvaro’s videos show not only that it’s possible for him to continue to enjoy his passion, but that he can compete on a similar level to anyone in a racing esports arena.

In fact, it’s not ridiculous to think that there’s still plenty of room for him to improve even further. Perhaps the next time he’s at the finals of a GT Sport event it’ll be as a driver, not a guest… 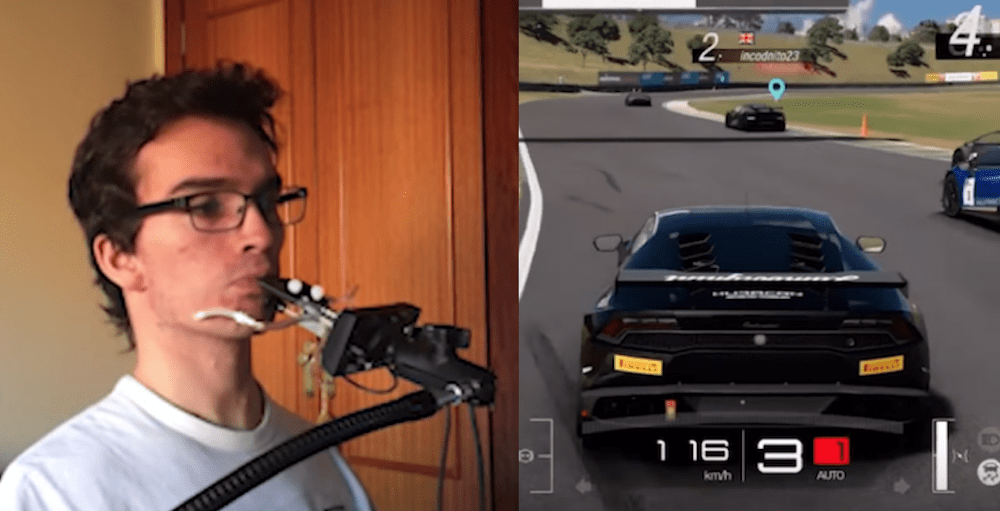