Despite being one of the greatest racing families in American open-wheel racing (and indeed, in all motorsport), incredibly the Andretti name has just one victory at the Indy 500 (as drivers, anyway), courtesy of Mario’s win in 1969.

To mark the 50th anniversary of that curious stat, Mario’s grandson Marco will run the No.98 Andretti Herta Autosport car in a livery that pays tribute to the colour scheme of Mario’s winning car.

And here’s the inspiration…

OK, so at first glance it doesn’t appear to be especially similar, but that’s hardly surprising given that the modern-day sponsor commitments and the fact that the classic livery is basically just orange.

However, look a little closer and there are plenty of nods to the ‘69 car on the modern machine. The Firestone logos are all retro, Marco’s number 98 features the same blocky design on a black background, and the initial’s ‘FB’ are featured at the front of the car – a nod to Frank Boeninghaus, the man who supplied Mario with the turbocharged Ford V8 that carried him to the win 50 years ago.

Mario’s win in 1969 was rather dominant – once A.J. Foyt dropped back with mechanical issues he went on to beat second-placed Dan Gurney by more than two minutes having led 116 of the 200 laps, despite nursing a few car problems of his own.

My grandson Marco's car for this year's Indy 500 and my Indy winner from '69. This is more than just a throw back for me. It's hard to put into words how I feel about my son @michaelandretti and his race team Andretti Autosport @FollowAndretti paying tribute to me this way. pic.twitter.com/SONMQqI7hx

Whoever wins this year’s race is unlikely to do so by quite as big a margin. Could Marco be in contention? Almost certainly – he usually runs well at the 500 and was half a tenth away from winning the race as a rookie in 2006. But if he wants a taste of the milk, he’ll have to overcome the fabled Andretti curse, the name given to the phenomenon that’s seemingly prevented any Andretti from winning at Indy ever since.

The 50th anniversary seems like a good time for that curse to be broken – especially in a car with a tribute livery – don’t ya think? 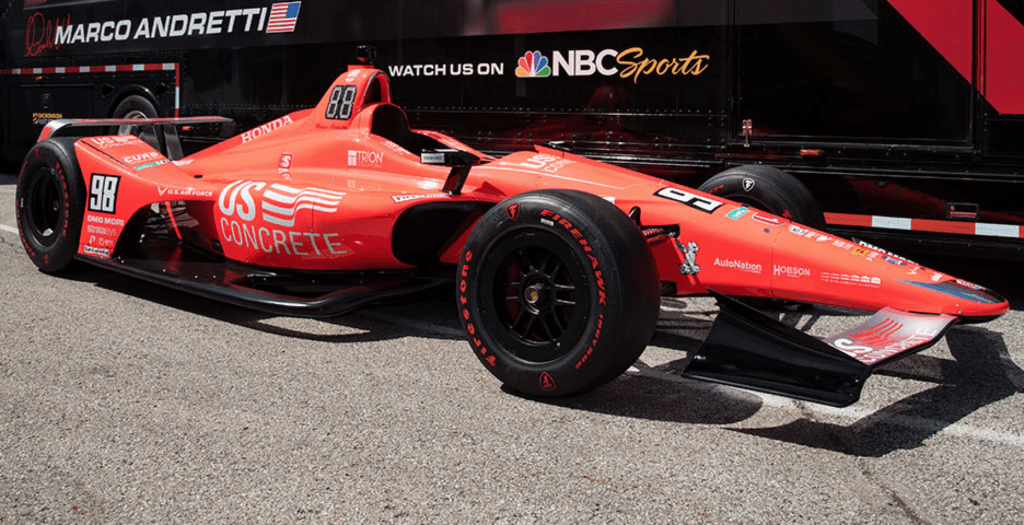