This Touring Car Race At Spa Didn’t Even Last One Corner Before The Leaders Crashed – WTF1
Skip to content
×
Crash , Touring Cars

The La Source hairpin at Spa-Francorchamps is always a tricky corner to negotiate on the opening lap of a race and usually sparks drama.

But, it’s rare to see the entire group of leading cars clash before they have even reached La Source. That’s exactly what happened in the second TCR International race.

Pepe Oriola and Maxime Potty were heading into Turn 1 after the start when Tom Coronel appeared to out-brake himself and slammed into the back of both drivers.

Grosjean, is that you?

He spun Oriola around and Potty was pitched into a slide, losing both drivers a lot of ground. Not a particularly ideal start to the race… 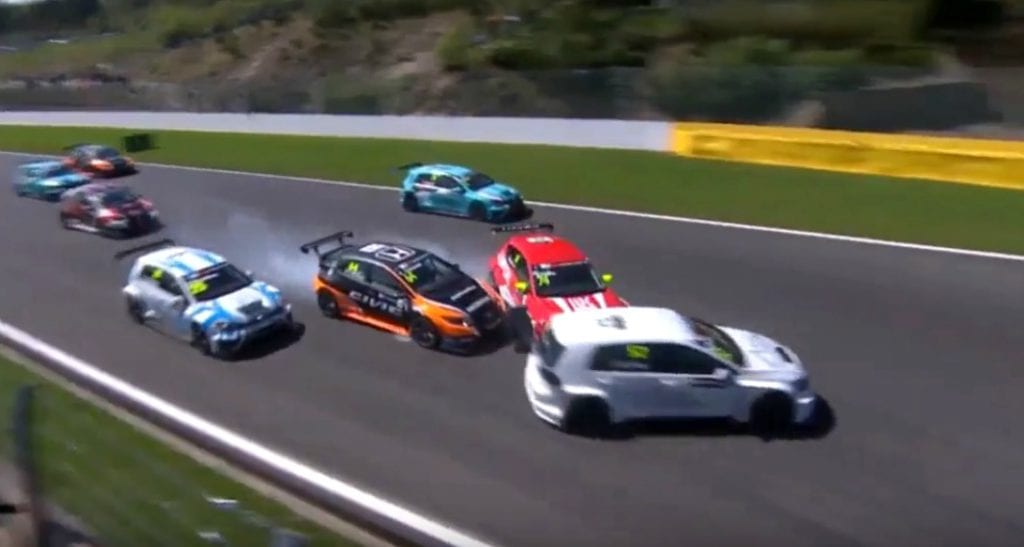