This Verstappen Onboard Back To The Pits Somehow Isn’t Photoshopped – WTF1
Skip to content
×
Formula 1 , Memes , WTF

This Verstappen Onboard Back To The Pits Somehow Isn’t Photoshopped

No, it’s not photoshop. This is the actual view some fans saw on F1TV as Max Verstappen had his Red Bull Racing brought home on the back of a pickup truck. Absolutely brilliant scenes 😂

Verstappen’s troubles in Italy continued, as he was forced to quickly pull over just moments into FP2 on Friday at Imola.

“Something broke. I don’t know,” Max reported on team radio after his car slowed on the track. “Something snapped on the rear.”

Verstappen was forced to sit out the session, losing yet more valuable time on the track.

Elsewhere in the session, Charles Leclerc made contact with a wall in his Ferrari with just minutes to go. The incident brought out red flags and it was confirmed shortly after that the session would not continue.

Valtteri Bottas topped FP2, after doing the same in the first practice this morning. Lewis Hamilton followed behind, with the AlphaTauri of Pierre Gasly completing the top three.

That Max photo is asking to be memed! 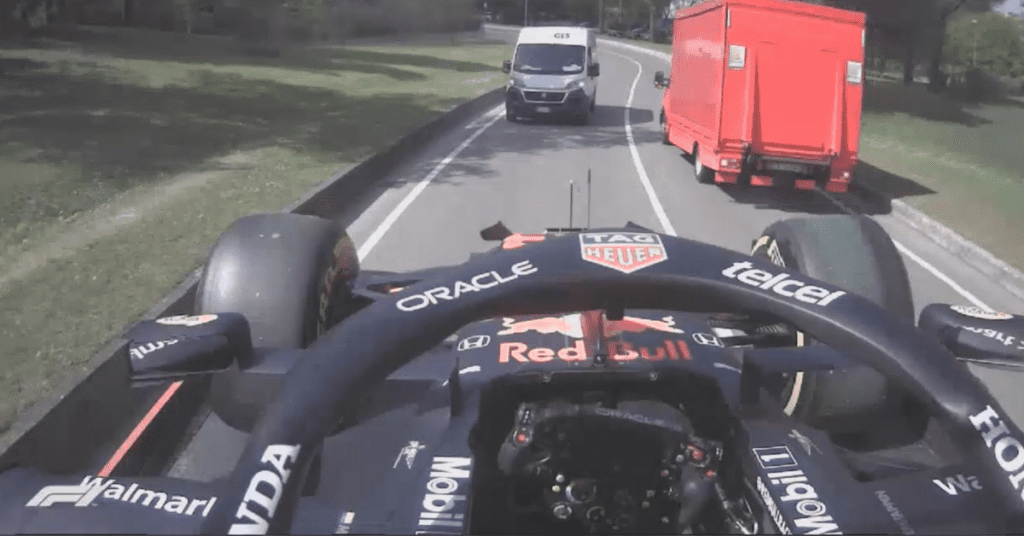