One of the reasons that many of F1’s best-loved historic tracks are so popular is because the circuit layouts change very little. Silverstone is a little different.

First raced on in 1948, drivers faced the terrifying prospect of driving head-on towards each other, separated only by a few hay bales, before rounding a hairpin. To combat this, a canvas screen was erected to try and prevent the drivers from being aware of the potential danger, however, it wasn’t ideal and the layout was dramatically changed the following year.

It remained broadly similar for decades but in the late 1980s and 1990s, the track seemed to have some sort of identity crisis. Every other year drivers will have turned up to find something about it was completely different – and usually faster. This video shows exactly what has changed over the years.

If the old layouts look outrageously fast, it’s because they were – in qualifying for the 1985 race, Keke Rosberg set an average lap speed of 160.9mph – the fastest-ever lap in F1 until Juan Pablo Montoya beat it at Monza in 2002 (and now currently held by Kimi Raikkonen). We’d love to know how fast a 2019 car would lap the old layout…

Present-day Silverstone (which is thankfully sticking on the F1 calendar until at least 2024) is a superb track, the new infield providing overtaking opportunities without really sacrificing the circuit’s reputation for being fast. Unfortunately, it spelt the end of the awesome Bridge corner, which is partly why the 1990s layouts are my favourite – that, and the fact that’s the Silverstone I grew up with! 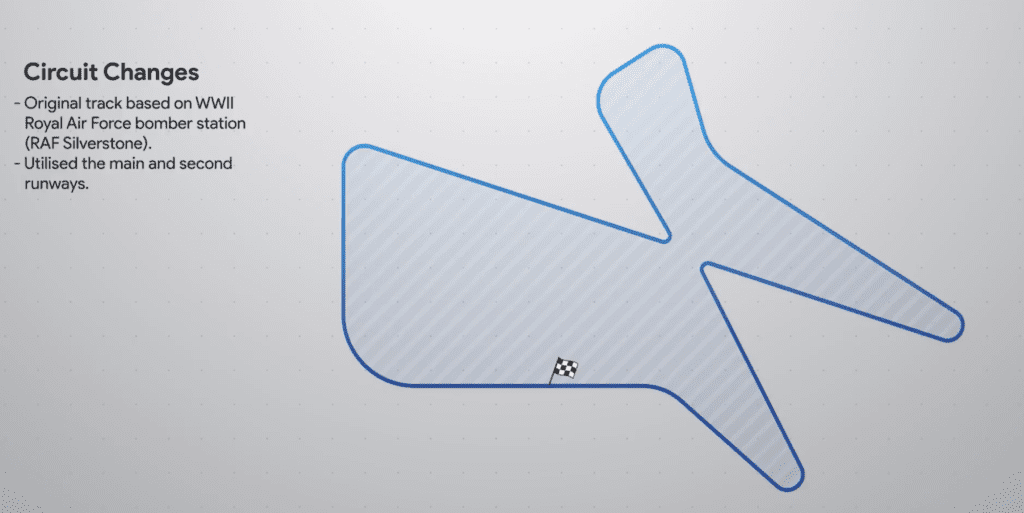