One of the best things about the Le Mans 24 Hours is the fact there are numerous battles for victory going on at once.

OK, so the LMP1 fight may be pretty much over after Toyota’s bad luck, but there’s still plenty to play for in the other categories.

As we’ve already seen, it’s tough for prototypes to negotiate the GT traffic and that’s caused a few incidents so far. But, there’s no denying it looks damn cool to see the differences in speed.

This video, posted by r/wec user donmeta, illustrates the amazing speed variance between classes at Le Mans – with onboard footage from a GTE Pro Aston Martin of an LMP2 machine pulling away.

Then, almost out of nowhere, a Toyota LMP1 beast blasts past them both at top speed, weaving between them. It makes even an LMP2 car look incredibly slow. 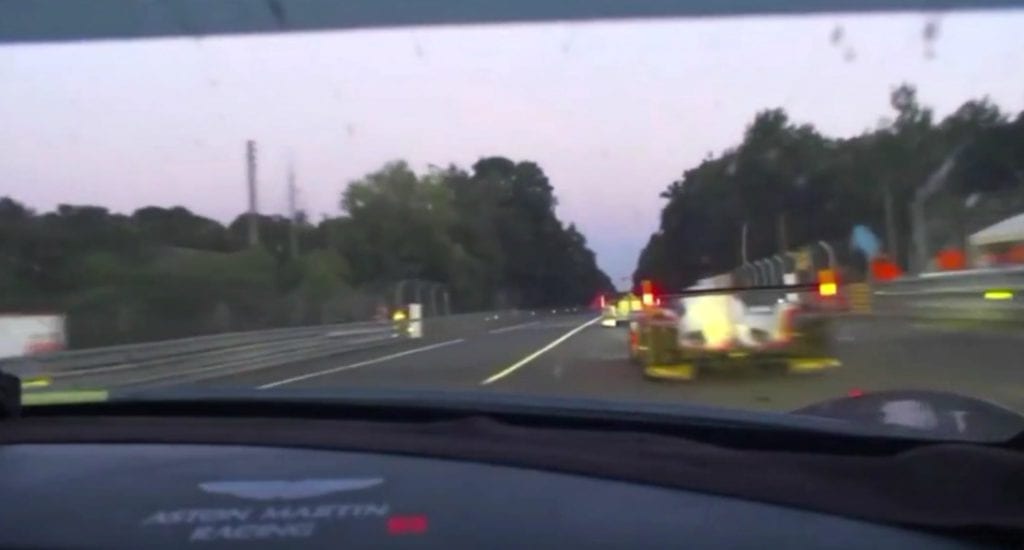