Of course, this was in part due to the huge volume of Dutch fans who travelled to Belgium to cheer on Max Verstappen, and also thanks to home hero Stoffel Vandoorne competing for McLaren.

But, Spa is also quite well located for people to visit the race from France, Germany, Luxembourg and other nearby countries in Europe.

F1 says the race weekend set a new outright record for a championship race at the famous Spa track, with an attendance figure increase of 11.8% compared to last year.

That’s quite a lot of extra people!

In total, over 265,000 spectators visited Spa over the course of the Belgian GP weekend, with grandstands packed on all three days of on-track action.

Sadly, for all the Dutch fans, it wasn’t a great race for Verstappen, as he retired early on with an engine failure.

He pulled off track on the Kemmel Straight, right in front of a spectator bank that was a sea of orange. A little awkward…

He then went on to command the race on Sunday, although it was an intense scrap at the front, with Sebastian Vettel keeping Hamilton in his sights throughout.

Behind, there was drama at Force India, with their two drivers clashing twice on track, while Fernando Alonso had a miserable day and his McLaren team-mate Vandoorne had a quiet run to P14.

Spa put in a brilliant show once again, and it’s great to hear a new record for the number of spectators was set over the weekend too! 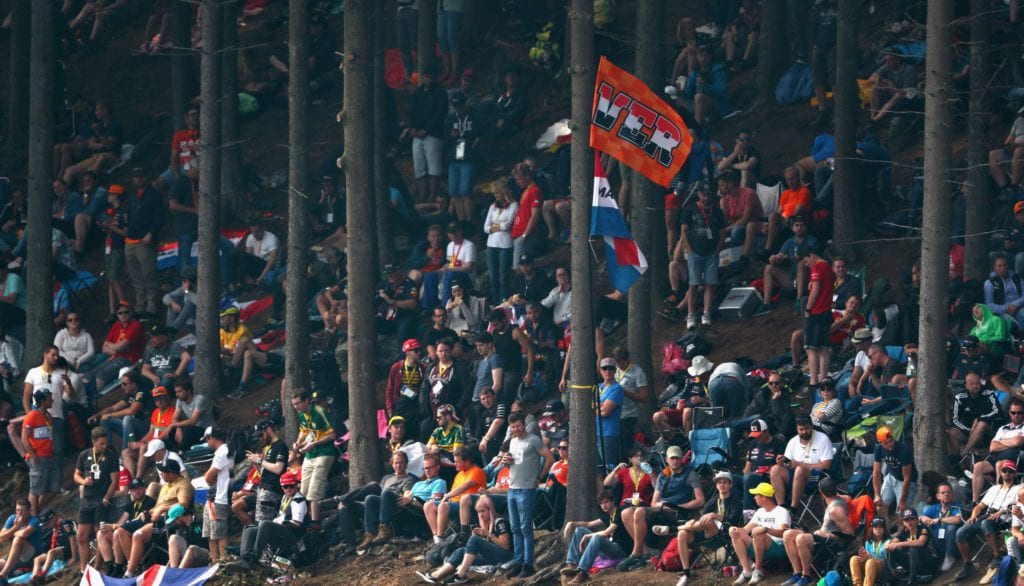