Three Formula E Drivers Used The Pit Lane As A Shortcut In Berlin – And Got Away With It – WTF1
Skip to content
×
Formula E , News

Formula E’s return to action after almost five months turned out to be an absolutely bonkers race, with plenty of overtaking, wheel-banging and controversy. But in among all that, managing to use the pit lane as a shortcut stands out as being particularly mad.

Towards the end of the race, Felipe Massa crashed out, leaving the race under full-course yellow conditions. Under FCY rules, all drivers have to maintain a speed of 50km/h while the incident is dealt with – which, incidentally, is the same as the pit lane speed limit.

Now, because the pit lane in Berlin is actually a shorter route, some teams worked out that by driving through the pit lane during the FCY, drivers could actually gain time – even if they stopped at their pit box on the way through. And that’s exactly what the Nissan of Buemi, and the two Mahindras of d’Ambrosio and Lynn did.

While Buemi merely gained a bit of time, the shortcut actually gained d’Ambrosio one position and Lynn three. Mercedes protested the tactic but, because the drivers all stopped and technically did nothing outside of the regulations, they all got away with it, meaning that d’Ambrosio’s fifth place, Buemi’s seventh, and Lynn’s 13th place all stand. Genius!

However, unsurprisingly, that particular loophole has now been closed. According to The Race, the pit lane speed limit has been reduced to 35km/h to stop that tactic from becoming used by everyone should the same situation arise during the remaining five races that are being held at the track over the next week.

That’s a smart move – 20-odd cars all coming into the pits at once, stopping at their boxes and going again is a recipe for disaster – but at least those who took advantage of it in the first race got away with it: exploiting loopholes in the rules is what motorsport is all about!

Away from the shortcuts, Antonio Felix da Costa took an absolutely dominant win to extend his championship lead to 41 points, but even that wasn’t without controversy. Teammate Jean-Eric Vergne ran second for much of the race and claimed that da Costa was going against previously agreed energy saving targets. Vergne then got caught out with the FCY just moments after he’d taken his second usage of Attack Mode, and then dropped down the order while low on usable energy. He was eventually spun around by Lucus di Grassi and opted to retire from the race on the final lap.

With five races left to go in the next eight days, there’s still plenty to play for – and the controversy and drama are already well underway. You love to see it! 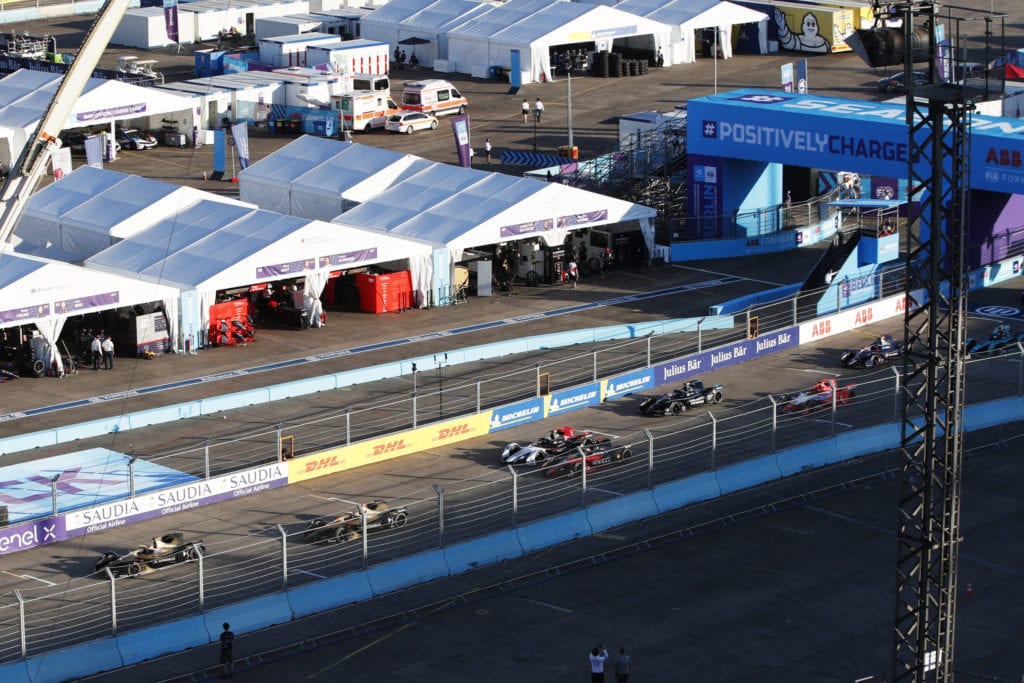