Throwback To The Only Time A Six-Wheeled Car Won An F1 Race – WTF1
Skip to content
×
Formula 1 , Retro

Tyrrell’s radical idea to build an F1 car with six wheels came from the desire to reduce frontal area (and therefore drag) whilst also improving front-end grip. The P34, with it’s four tiny front wheels, did just that. The practical effectiveness of the design was proven in Monaco as Jody Scheckter and Patrick Depailler finished second and third, but in the Swedish GP at Anderstorp, the team went one better.

Scheckter qualified on pole, three tenths ahead of Mario Andretti. In the race, it was Andretti who made the best start shot off into the lead, but it turned out his start had been a bit too good. He was handed a 60-second post-race penalty for jumping the start, but his engine blew just after half-distance, so it was irrelevant anyway.

That left Scheckter leading from teammate Depailler and the two of them cruised to a comfortable one-two ahead of Niki Lauda. It might not have been Lauda on the podium, though – Chris Amon was driving an incredible race for Ensign and was running fourth when he crashed out shortly before Andretti’s retirement.

Four races into its career and the six-wheeled P34 had already won. Was this the future? Well, obviously, it wasn’t.

Despite his victory, Scheckter actually hated the car, and although a string of podiums gave the team (and Scheckter) third in the championship, the concept didn’t catch on. In 1977 the car was nowhere near as competitive. Some other teams dabbled with the idea of six wheels (this time with four wheels at the back), but none ever committed as much as Tyrrell had with the P34. In 1982, the rules were changed to outlaw the idea.

But, for that one weekend in Sweden in 1976, six wheels were the only way to go. 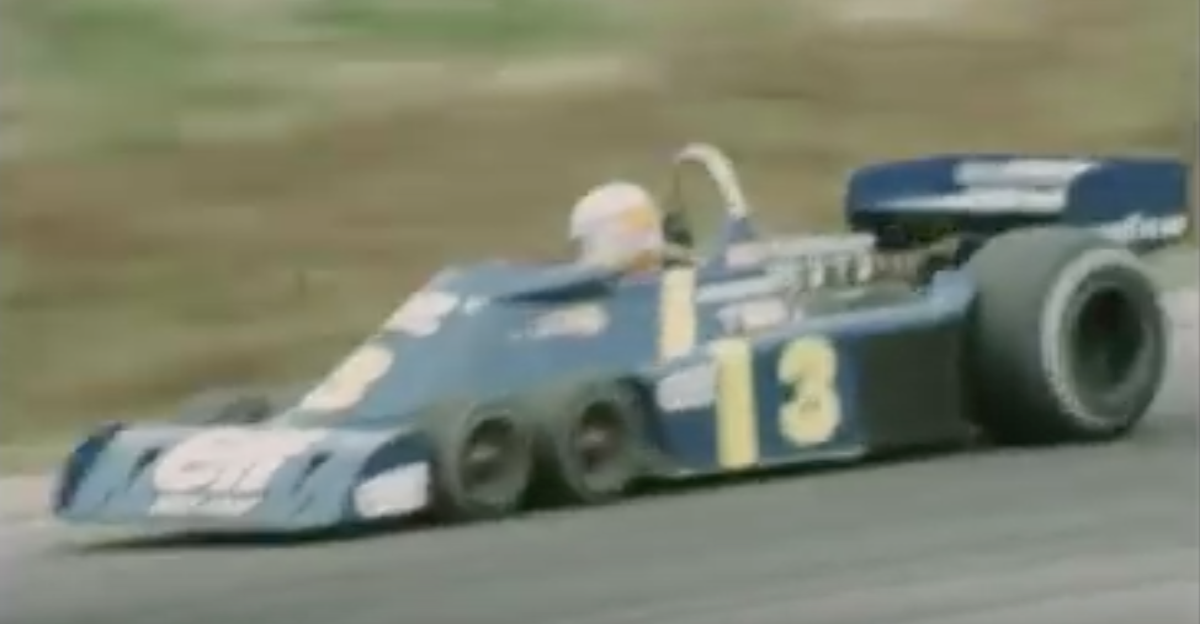