The Time Nigel Mansell Pushed His Car Until He Passed Out – WTF1
Skip to content
×
Formula 1 , Retro

The Time Nigel Mansell Pushed His Car Until He Passed Out

Mansell had started the race from pole position – his first ever in F1 – and led the first half of it before his tyres went off and he fell back, eventually having to pit.

Conditions for the drivers at Dallas were tricky because it was hot. Really hot. The track was also breaking up and several drivers went out of the race as a result of hitting the wall. Mansell was running in fifth, two laps down, when he too fell victim to the conditions and grazed the wall, causing his gearbox to break.

With the finish line in sight, he got out of his Lotus and pushed it across the line before collapsing from exhaustion. He dropped to sixth in the process – what an effort for a single point!

The race was won by Keke Rosberg, who’d managed to stay cool by wearing a special water-cooled skullcap under his helmet. F1 never returned to Dallas which, given the conditions, is hardly surprising. 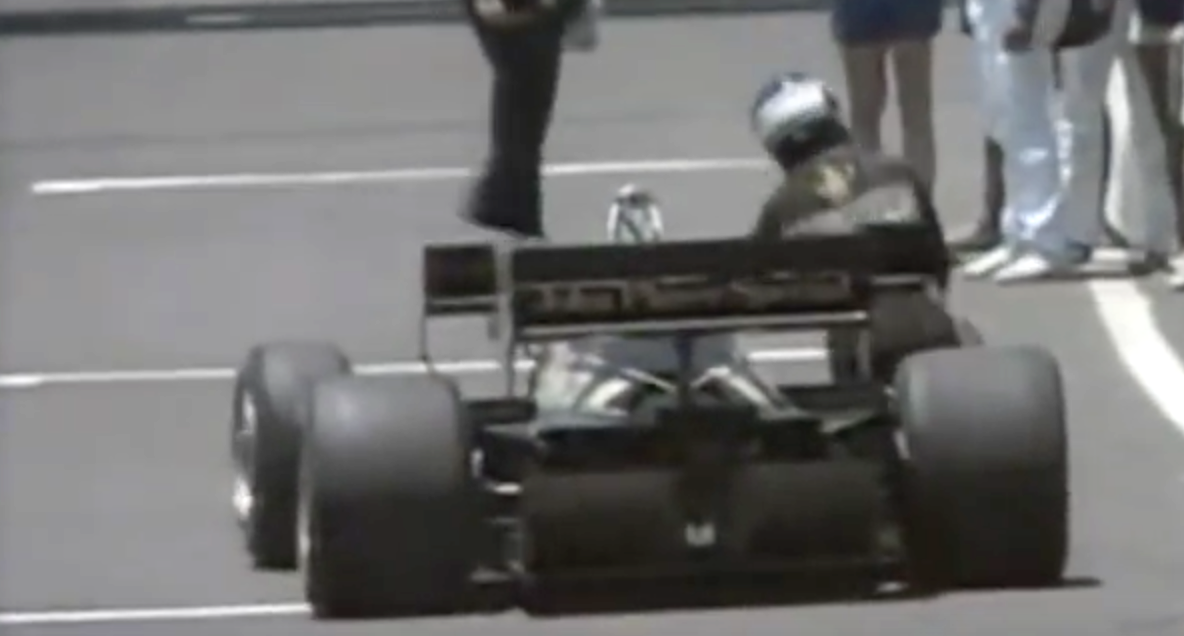