After losing out to Andreas Bakkerud at the start of the final, Timmy Hansen was caught between a rock and a hard place. Unable to pass Bakkerud, he also had to be wary of Anton Marklund, who’d jokered early and was setting fastest laps.

Hansen had to joker in order to cover off Marklund, which he did – and then responded by immediately setting the fastest time of the day (and by a significant margin). Despite his pace, Bakkurud hesitated to take his joker and instead waited for another lap. This proved crucial – Hansen emerged just in front and went on to take his second win of the season while Bakkerud was left to settle for second. Had he gone a lap earlier, might he have been able to win?

Marklund finished third for his first podium of the year ahead of Timo Scheider (who put together a superb weekend) and Krisztián Szabó, while Liam Doran retired from the final with damage.

Some of the biggest drama came in the semi-finals. One of the stars of the Spa round, Joni Wiman, was put out after a roll, while Spa winner Timur Timerzyanov had a muted event to only be classified 11th. The big story, however, was championship leader Kevin Hansen. He was looking set to comfortably make the final, only to spin while taking the joker on the final lap.

DISASTER!@kevinhansen71 hits the wall on the Final lap and takes himself out of Final the Final. Is this going to cost him the championship lead? pic.twitter.com/ulMACtPG83

With him missing out and his brother winning, it means that Timmy Hansen now leads the championship by four points from Kevin. Bakkerud’s third podium in a row (the only driver to have three podiums so far this season) keeps him in contention a further seven points back, with Janis Baumanis fourth in the standings despite missing the final for the first time this season.

The fifth round of the season takes place at the iconic venue of Hell in Norway on 15 June. 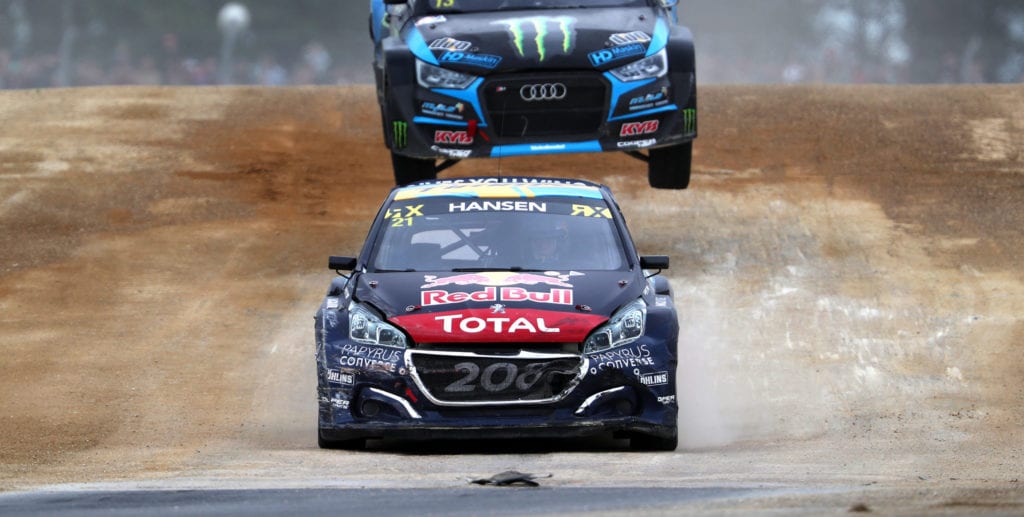