Timmy Hansen, Andreas Bakkerud and Kevin Hansen were separated by just eight points heading into the final event in Cape Town. All three of them were absolutely on it throughout the qualifying and semi-final stages, too, but Kevin Hansen was invariably third of the trio and as a result, he was knocked out of contention by the time the final rolled around.

That still left Hansen and Bakkerud to slug it out for the title. Hansen had a slim two-point advantage which, with eight points on offer for winning the final and five for second, effectively meant that whoever would win would become the champion.

From second on the grid, Bakkerud got a monster of a start and was able to cut across in front of Hansen to take the lead. However, going into the hairpin later in the lap he ran ever so slightly wide, allowing Timmy the opportunity to try and make a move.

Then, the inevitable happened: the two collided. Hansen knocked Bakkerud into the barriers and as his car bounced off of the tyre wall, he collected Timmy, spinning the Peugeot around, and also knocked Kevin off for good measure.

Incredibly, Timmy was able to recover and get going, but he and Kevin were now down in fifth and sixth. Bakkerud had lost the lead to Niclas Gronholm and was running in second, which would have been enough to take the title by one point.

Then came another piece of drama. Timo Scheider, running fourth, had a spin and was forced to retire with some kind of issue, promoting Timmy up to fourth. Bakkerud held off Timur Timerzyanov following his joker lap to remain second but could make no impression on Gronholm, and that’s how it finished.

The championship standings? Timmy Hansen: 211 points; Andreas Bakkerud: 211 points. An incredibly close season could not have finished any closer. By virtue of having won four events to Bakkerud’s one, Timmy was crowned the 2019 World RX champion.

Timmy was understandably jubilant after the race – as was his brother Kevin. Despite having lost the championship himself, the family-run team is very close and, having also secured the team’s title, the sheer joy from everyone after the race was incredible to see.

Bakkerud cut a lonely figure during the celebrations as he was left to deal with the disappointment of both losing the championship and feeling that Hansen had caused the incident by pushing him into the wall.

The collision was investigated but thankfully, the stewards decided not to take action. It’s the right call: not only was it simply a racing incident, but nobody wants to see a championship decided behind closed doors – especially one as thrilling as the 2019 World RX season. 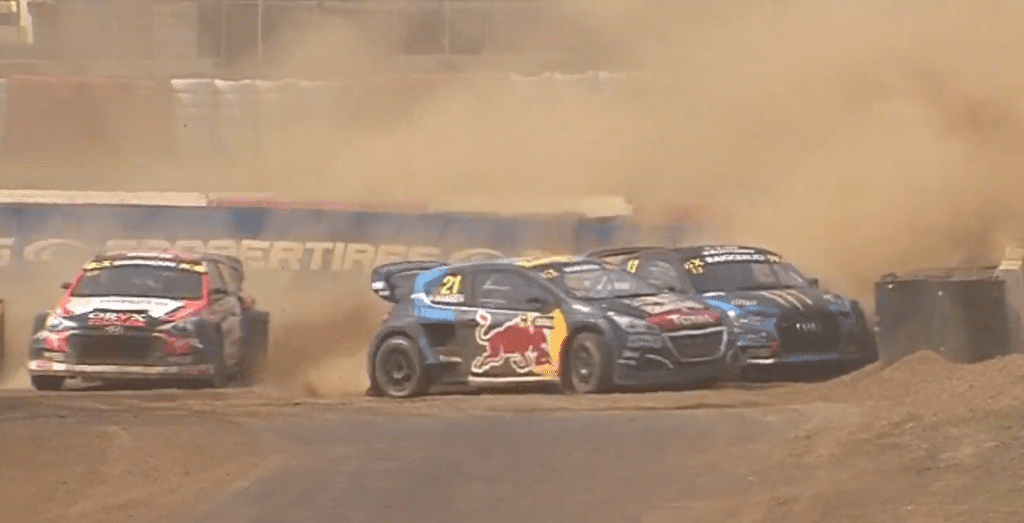