Top Drivers Kept On Making Mistakes During FP2 In Austria

The Red Bull Ring has got a bit of a bite this weekend – or so it would seem. The yellow sausage kerbs designed to stop drivers from track-extending are tearing apart front wings.

During FP1 alone, teams apparently had to replace nine different front wings due to the damage being caused by them, and it carried on being the case during FP2.

Aside from the obvious costs involved, front wing changes are a minor problem – something Red Bull and Mercedes wish they had on their hands following some fairly hefty crashes.

Firstly, Verstappen dropped his Red Bull going through the final corner, going rear first into the barriers. The contact was relatively small, but the risk with any rear end damage is that it can mean a gearbox change and five-place grid penalty.

Then, a few minutes later, Valtteri Bottas had a shunt of his own, this time at the high-speed Turn 6. The Finn went heavily into the barriers nose-first, ripping up the suspension and ruling him out of the rest of the session.

It wasn’t just those guys, either. Lewis Hamilton also had a moment at Turn 10 where he ran wide, but with far less of the drama that accompanied some of his rivals, Pierre Gasly had a trip across the grass coming out of Turn 5, while Lance Stroll laid another front wing to rest by running over what must now surely be the most lethal sausages in the world.

Blustery wind conditions affecting these ultra-sensitive 2019-spec cars is apparently a big contributing factor to the action at the final corner. Whatever the reason, we’re just happy to see a track which appears to be genuinely punishing drivers for their mistakes. 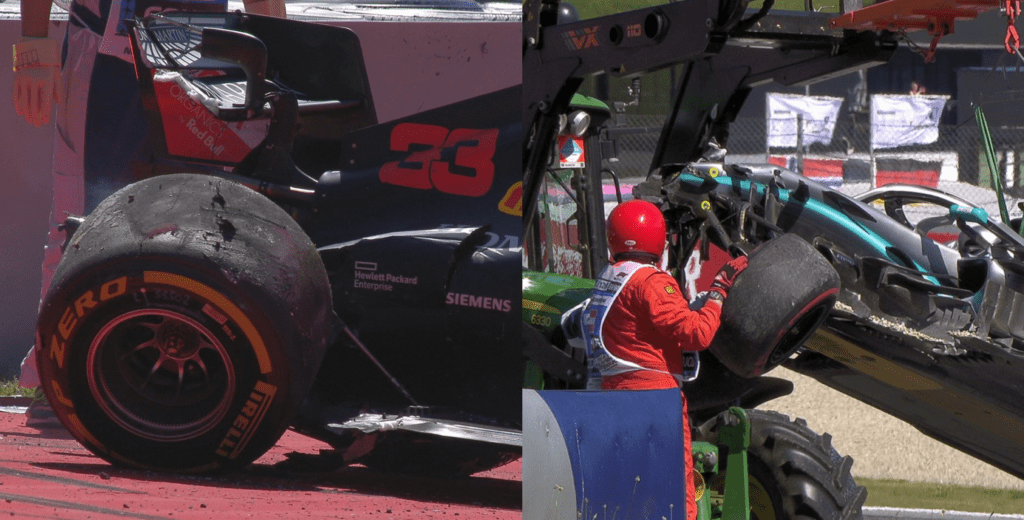